Nativeplanet
»
Travel guide
»Do You Know About These Holy Temples In Ooty And Their Significance?

Do You Know About These Holy Temples In Ooty And Their Significance? 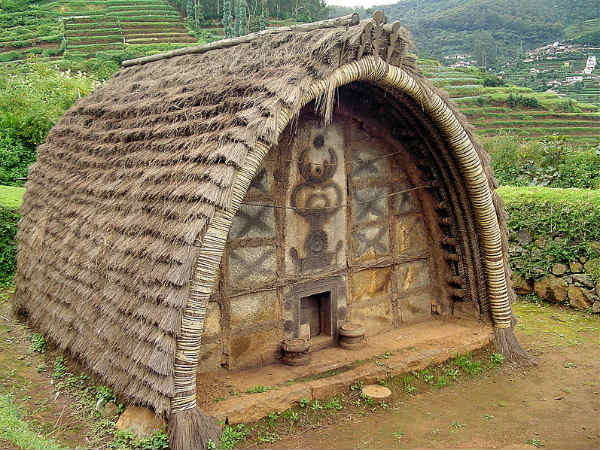 Located in the state of Tamil Nadu, Ooty is famous for being an enthralling place which is perfect to spend your summers if you want to escape the hot sun. Also known as the Queen of Hill Stations, this little piece of paradise on earth is most popular as a weekend getaway, a honeymoon destination and a cool place to escape the city buzz. Being a hill station, Ooty is filled with natural marvels such as lakes, forests, hills and undoubtedly, an unblemished atmosphere.

However, most people, charmed by the mesmerising beauty of Ooty, fail to notice that this hill sta-tion is more than just a boon of nature. Ooty is also filled with a lot of beautiful temples, each with their own legends of formation and survival. So, how about exploring these unexplored temples in Ooty this season? Read on to know more about them.

Undoubtedly, one of the most of popular temples in Ooty, Elk Hill Murugan Temple, as is clear from its name, is located atop Elk Hill and is dedicated to Lord Murugan. You need to trek up the hill in order to reach the sanctum of the temple. The major attractions of the temple, apart from its religious significance, include the monumental statue of Lord Murugan, which measures a height of about 40 feet, and the pristine unpolluted surroundings.

Hence, it is also a perfect place for meditating. As per local legends, the temple is believed to be hundreds of years old. However, strong evidence to prove its age has still not been found. So, how about getting yourself to this holy site, which is frequented by thousands of devotees annually, and savouring its peaceful environment as you unravel its history?

One of its kind in the state, Toda Temple was constructed by the Toda tribe of Ooty and is located at a distance of about 10 km from the city centre. The temple is built in a shape of a thatch-roofed hut which resembles the house of Toda people. It is also said that the Toda women are not allowed to enter this sacred temple.

Hence, it is also one of the unique temples in the region. So, what do you think of visiting this unconventional temple in Ooty and learning about the traditional lifestyle of the Toda tribe? If you are looking for an unexplored place in Ooty, then Toda Temple is your stoppage this season.

Another temple located in the enchanting hills of Ooty, Valparai Linga Temple is dedicated to Lord Shiva in the form of a lingam. Therefore, it is a major religious site in Ooty amongst Shaivites and is visited by hundreds of Hindu devotees every year, especially during the festive season of Shivratri.

It is one of the few crowd-funded temples in Tamil Nadu and is built in the shape of a linga. You must catch a glimpse of this wonderful beauty if you are looking forward to getting lost in the spheres of divinity and serenity.

Dedicated to the goddess of rain, Mariamman Temple falls under the category of the most visited temple in Ooty. It is also the temple where you can find Hindu devotees walking on burning coal in order to please the goddess. Wouldn't you love to witness the sheer dedication of these devotees? If yes, then do not miss out on this interesting temple.

Comments
Read more about: india travel tourism temples ooty hills summer
Other articles published on Jun 24, 2018
We use cookies to ensure that we give you the best experience on our website. This includes cookies from third party social media websites and ad networks. Such third party cookies may track your use on Nativeplanet sites for better rendering. Our partners use cookies to ensure we show you advertising that is relevant to you. If you continue without changing your settings, we'll assume that you are happy to receive all cookies on Nativeplanet website. However, you can change your cookie settings at any time. Learn more
Change Settings Continue