Divine Temples In Haridwar: Get Your Wishes Fulfilled 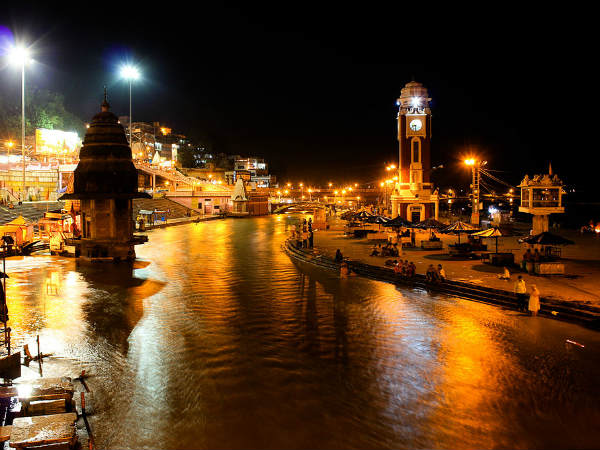 An ultimate getaway for Hindu devotees, Haridwar is one of the holiest places in the world and is visited by millions of tourists every year. With its exact history still unknown, it is believed to be one of the oldest places in India and is said to have been flourishing since the Vedic Period. It has also been mentioned several times in ancient Hindu texts and mythology. Therefore, it is the quintessential place amongst Hindus to achieve salvation. Did you know it is the place where a few drops of the elixir of immortality were spilt over accidentally by Lord Garuda, a heavenly bird?

From experiencing its divine atmosphere to getting lost in the spirituality of its sacred ghats, there is a lot to do within the boundaries of Haridwar. How about exploring its temples this season? It is said that whoever comes to these divine temples with sheer dedication and devotion gets blessed with a prosperous and blissful life. Therefore, these temples in Haridwar are also considered as the gateway to salvation. Wouldn't you love to witness their unearthly presence?

The most sacred of them all, Har Ki Pauri is a holy bank of Ganga river in Haridwar and is believed to be the place where Lord Vishnu and Lord Shiva once appeared during the Vedic Period. It is also said to be the exact spot where the sacred waters of Ganga river leave the mountains and enter the plains of India.

How about getting yourself to this spiritual site and witnessing its beauty and majesty as pilgrims from all over the world take a holy dip in its waters? Due to its religious significance, it is believed that a trip to Haridwar is always incomplete without visiting Har Ki Pauri and taking a dip in its holy waters.

Do you know Kumbh Mela, the largest religious gathering of Hindus, is also celebrated at Har Ki Pauri once every twelve years? Isn't is a perfect place to get lost in the valleys of spirituality and divinity?

Located atop the Shivalik Hills, Mansa Devi Temple is one of the most visited temples in Haridwar and is believed to be the abode of Goddess Mansa. Even though the exact history of the temple is still unknown, it is said that the temple was established thousands of years ago when Lord Shiva appeared in front of Mansa and offered her with several divine powers, thereby, turning her into a goddess.

Today, the temple is one of the five pilgrimage sites in Haridwar and is visited by millions of Hindu devotees and tourists every year. The temple can be accessed either through a trek up the hill or taking the ropeway service.

From the top of the temple, you can also enjoy the panoramic beauty of Ganga river and the beautiful settlement of Haridwar. Doesn't it seem a heavenly site? If yes, then why refrain from planning a trip to Haridwar now?

Dating back to the 11th century, Maya Devi Temple is believed to be one of the Shakti Peethas as it is the place where the navel and the heart of Goddess Sati fell after Lord Vishnu cut her corpse into 52 pieces in order to relieve Lord Shiva from the pain of her death.

The temple is dedicated to Goddess Maya, an incarnation of Goddess Shakti and is one of the holy shrines in Haridwar. No Hindu devotee can afford to miss visiting this divine temple which is also known for fulfilling the wishes of its visitors.

The major festivals celebrated here include Navaratri. The major reason why one must visit this beautiful temple lies in its peaceful and spiritual environment which will certainly help you meditate and introspect. So, what do you think about a visit to Maya Devi Temple now?

Another wish-fulfilling temple in Haridwar, Chandi Devi Temple is located atop Neel Parvat amidst the expanse of the Shivalik Hills and was built during the early 20th century by a king of Kashmir. However, the idol of Goddess Chandi placed inside the temple dates back to the 8th century and is believed to have been installed by Adi Shankaracharya, one of the greatest Hindu priests. Like Mansa Devi Temple, it can also be accessed either through a trek or taking the ropeway service.

Dedicated to Lord Shiva, it is one of the few temples in Haridwar which are also popular for their historical significance. Built in the year 1810 by Queen Dhankaur, the temple is one of the most visited pilgrimages sites in Haridwar today, especially amongst Shaivites.

As the temple is said to be the site where Daksha Prajapati, the father of Goddess Sati, performed a yajna thousands of years ago, the temple is named after him. How about getting yourself to this ancient beauty and exploring its spiritual aura? The peaceful ambience and natural surroundings of the temple will certainly help you pacify your mind, body and soul.

Comments
Read more about: india travel tourism temples haridwar pilgrimage uttarakhand rishikesh
Other articles published on Jul 23, 2018
We use cookies to ensure that we give you the best experience on our website. This includes cookies from third party social media websites and ad networks. Such third party cookies may track your use on Nativeplanet sites for better rendering. Our partners use cookies to ensure we show you advertising that is relevant to you. If you continue without changing your settings, we'll assume that you are happy to receive all cookies on Nativeplanet website. However, you can change your cookie settings at any time. Learn more
Change Settings Continue