Discovering Peace and Beauty on a Lesser Known Trail of Kerala 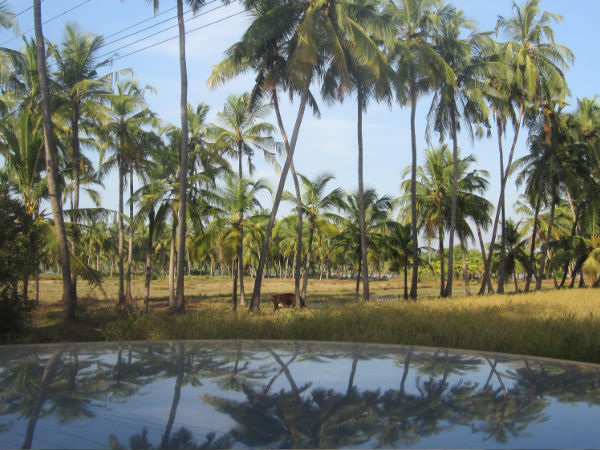 Most people tend to plan a vacation during the final days of a long project, but most times we end up at home, and mine was no different during that short break period. As the day to return to work edged closer we forcibly removed the blanket of idleness and decided to go to some place where my mind will be rejuvenated. And in Kerala, the most distinctive destination is always her remarkable backwaters.

Hailing from North Kerala, my place is pretty far from the renowned backwaters of 'God's Own Country'. Any time management strategy can give little help in a one day trip that far. So as always I took my Swift along with solitude to my favorite place near Thalassery. It had the longest drive-in beach in the whole of Asia; the Muzhappilangad beach. Along its stretch of two kilometers a slow drive is always fantastic and I went back to my usual tea shop near the beach.

As I briefly chatted with the tea shop owner, he surprised me with some interesting information; "Do you know Kerala's third largest backwater?" he asked me. I wondered if it could be Vembanad or one such similar name. But he explained that he was referring to the Valiyaparamba backwaters and even drew the map with ease as he continued vaguely pointing the diversions.

This in important in Kerala as there won't be much help from signboards. He used to work there with his uncle during his younger days, and I wondered if he was exaggerating the beauty of the place. But the moment he said 'It's not a very happening place' I knew I was hooked.

The third largest backwaters of Kerala.

I jumped back into the vehicle with much enthusiasm and geared up for a drive on the coastal highway of North Malabar. The lush greenery was interspersed every 5 km with small towns. Once off the highway, routes are a little confusing. Google maps and GPS did little help and I had to go back to the basic method; ask, ask and ask again! In Malabar, if you ask someone about the place you need to go, he will make you repeat after him to his satisfaction. At long last, after a lot of turns I could see the road ending near a water body.

There in silence and amidst the gentle breeze blowing over the leaves of coconut trees lay the third largest backwater of Kerala with fully green islands in it. All I could see was calm water and land filled with coconut trees. I noticed the shore had a lot of tiny pores on one side and just as I wondered what will be inside it, few small crabs scuttled out. My fingers had narrowly escaped being severely punished for trespassing their little home! Between two islands, a long hanging bridge could be seen, on closer observation I found that it was broken.

Taking an unforgettable boat ride across the scenic waters.

There lay an old jetty glazed with a vintage color. Don't know how much time I sat there with half of my leg in water when I saw a boat in the horizon and it slowly came towards me with a couple of passengers. The boatmen was pretty sure that this lone tourist was not one of the inhabitants in any of the islands and right away turned guide.

He offered me a ride with a pretty low fare and I was more than happy to hop-in. He knew every person who lived on the islands and even the names of their goats! An interesting story was that of a man who apparently lived on one of the islands completely alone and had been so over a decade. I wanted to meet this man.

After much cajoling I was able to land my foot on the 'alone island' and despite the odds, the reception was warm. The man offered us black tea made in an unconventional method and allowed me to take his turtle babies in my hand. As he showed me his simple living, I didn't dig deep on the matters of his family or other personal things but instead quietly walked through his trees. The white beard and the wrinkles on his face was well-suited to the atmosphere. As we made our way back I understood there was a stark difference between loneliness and solitude.

Scenes of domestic life on the islands.

On returning we discussed the main entrance of the backwaters that was in a different place. To visit I had to travel to Ezhimala, the largest Naval academy in Asia. They ask for special permission to enter, but the procedures and recommendations are worth the effort. Sticking to the basic method of asking the route, I kept moving to find the main entrance. And for the second time, was able to see the edge of the road. It had a much more panoramic view of the lake.

As I walked towards the tourist office, I noticed a state-owned travel boat, and as it comes only during two hours there were no much options left. The Khaki worn conductor asked my destination and I was lost for answers. With a smile he gave a round ticket and everything was understood between us. Once the boat arrived, I sat at the edge of the boat and enjoyed the lust greenery of the islands.

Each one had a cape thickly populated with coconut trees and beyond each edge one could see other islands filled with the same. There were long sticks planted in the water which I didn't understand the purpose, but the birds such as Black Cormorants sat on them sunbathing and preparing for a feast. Surely an idyllic place for photographers.

The incredible beauty that is all around the backwaters.

Roaming about this beautiful place with absolutely no 'have to see' attractions was perfect for this type of a trip and the soothing Valiyaparamba backwaters gave me immense joy. There was one 'Kaavu' along the way, that can be termed as a religious wildlife protective zone. In fact I realise I did not notice plastic bottles or chips cover anywhere in the lake or surroundings.

Driving further I reached the Valiyaparamba beach and observed the sun was about to set. As I stared at the magical horizon, I realised pushing myself to get out of bed and explore was my best decision in a long time. I waited for the nightfall and in the twilight, drove my way back through the bridges connecting the backwaters to the main land.

It was a simple journey but finding a place to be at peace is always a special thing.

By Road: Tourists from north can travel to Kalikkadavu, Kasargod district and proceed towards Ayitty boat jetty. From the south, travellers must reach Payyannur and go to Kotti Jetti where Valiyaparamba boat service starts.

If you are driving, move to Payyannur from NH-17 and take diversion at Thrikkaripur. Move towards Edayilakkad direction.

By Rail: First reach Payyannur Railway station in Kannur district, and Kotti Boat Jetti is walkable distance from there, where there is boat service to Valiyaparamba.

By Air: The nearest airport is located at Mangalore, 103 km away.

An idyllic life around water.

This is a traveller contribution from Amith Ajith, who loves to explore the hidden treasures of India on his travels. You can reach out to him on his twitter handle https://twitter.com/amithajith.