Nativeplanet
»
Travel guide
»Bhimashankar Trek: A Journey For the Soul!

Bhimashankar Trek: A Journey For the Soul! 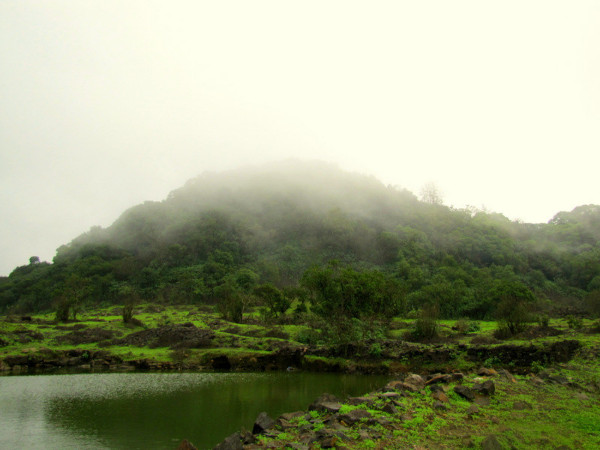 Trekking makes you feel closer to nature; many love to take up the challenge of exploring the forest through the treks. Tucked away in the Sahyadri ranges of Maharashtra, the Bhimashankar Trek invites the travellers with open arms.

Breathtaking vistas of landscapes, meandering trails passing through the dense forests, rocky patches and small streams (especially during post-monsoon) cascading on the way makes the trek worth the effort.

Bhimashankar Trek has gained more popularity and the number of visitors have also increased. So, isn't it interesting to know more about this mind-blowing trek? Here is the detailed information on Bhimashankar Trek. 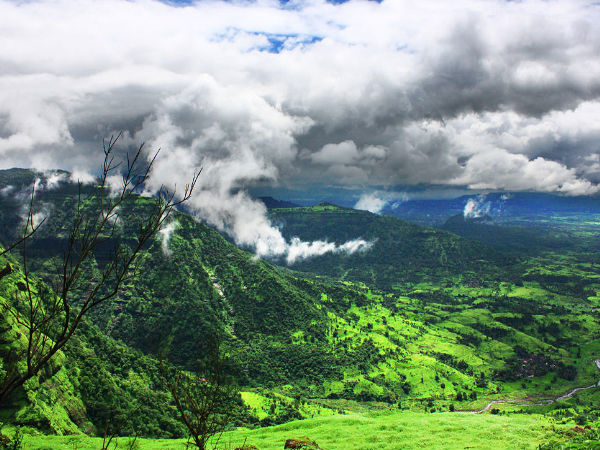 Click to know more about Trekking destinations in Maharashtra

First thing to know about any trek is the trail and the distance to cover. Bhimashankar Trek has two trek routes namely: Shidi Ghat and Ganesh Ghat.

Shidi Ghat trek is a short distance trail but a difficult one, whereas Ganesh Ghat route is long and most scenic. Both these treks start from Khandas village around 30 kms from Karjat. Trekkers have to reach Kasele Village or Neral and then take a share-auto or cab to reach Khandas Village. It is from here that both trek routes to Bhimashankar begin.

The total distance from Khandas to Bhimashankar via Ganesh Ghat route is 8 kms and it takes around 4 hours. This trail is named after a Ganesha temple which falls on the route. The Ganesh Ghat route is scenic and ideal for moderate level trekkers. This route is known for the picturesque nature that will enchant you through the hike.

The distance from Khandas village to Bhimashankar via Shidhi or Shidi Ghat route is 5 kms. This trek route is shorter in terms of distance when compared with Ganesh Ghat route but it is the toughest among the two. Shidi Ghat trek route passes via three mountains and a ladder route (iron ladders are constructed to help the trekkers). Shidi Ghat route is not for beginner trekkers as it takes good skill and physical energy to cover this trek. 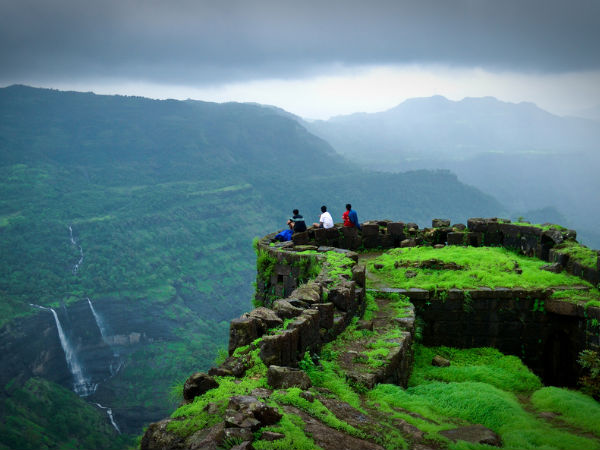 What You Need For Bhimashankar Trek

Bhimashankar Trek is a long and tiring one, so don't carry very heavy luggage. Especially for Shidi Route, try to reduce the luggage as much as possible.

Carry food, water, snacks, glucose (a must), first-aid kit, tent (if planning to camp), torch, warm clothes (it will be very cold in winter), waterproof jackets (necessary during monsoon or post-monsoon) and maps are the prominent things to carry for the trek.

An overview of the wilderness
PC: Sumit Sarswat

Camping is allowed and many love to camp in Ganesh Ghat route. In fact, many hikers go for an overnight trek to Bhimashankar.

October to February is the best time for Bhimashankar Trek. Though the temple can be visited throughout the year, winter is the ideal time for hiking. It is very difficult to trek in monsoons even though the place looks magical in this season.

How Many Days For Bhimashankar Trek?

Ideally you need at least 1- 2 days to cover Bhimashankar Trek in Maharashtra. Since both the routes are tiring, you need to rest for a while and also explore a few places on top before coming back.

Distance From Pune and Mumbai

Bhimashankar is around 211 kms from Mumbai and 127 kms from Pune. If you are not trekking then you can take government buses from Pune or Mumbai to reach Bhimashankar.

Bhimashankar is one of the top trekking destinations in Maharashtra. The wilderness and the challenges during these treks will be a one-of-its-kind experience.