Nativeplanet
»
Travel guide
»Soak in the Magic of Bhandardara in Maharashtra

Soak in the Magic of Bhandardara in Maharashtra 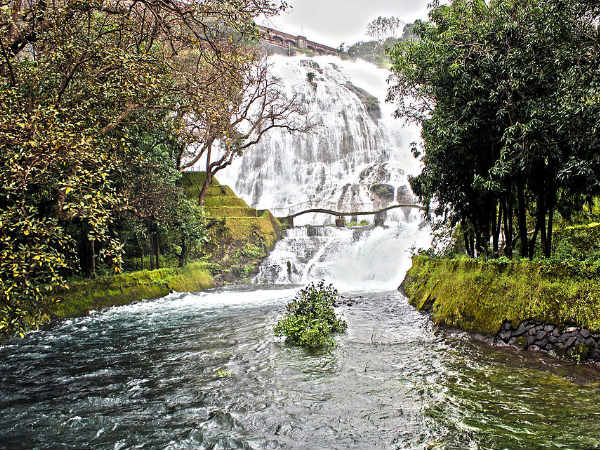 Pining for some change of scenes away from the traffic and concrete jungles? Then you should head to Bhandardara in Maharashtra! It is guaranteed that you will drown in the beauty of nature at this idyllic destination. Totally away from the city life, this hill station is blissful to explore. Bhandardara is a 'place of wonders' which will lock you in its mystical aura. Read more to see what is in store for you!

What Should We See in Bhandardara?

Arthur Lake with the imposing views of Sahyadri Ranges is a hill-lake fed by the Pravara River. Tourists can also camp and enjoy boating at Arthur Lake. The hills that reflect in the serene water and the clouds that play 'hide and seek' is a must experience at this lake bed. Arthur Lake is also a delight for photographers in Bhandardara.

It was during the colonial times when the then Governor of Bombay, Sir Leslie Orne Wilson approved a project to build a dam across the Pravara River. It was built to provide drinking water for Ahmednagar. Today, this dam is known as Wilson Dam or Bhandardara Dam which is one of the major tourist places in Bhandardara. An architect named Arthur Hill designed this dam. To honor the contribution of these two officials, the dam was named after the Governor and the lake was named after the architect.

Umbrella Falls is formed by the water gushing out of the Wilson Dam. The water which flows on the natural rocks looks like the shape of an umbrella. Hence, it was named as Umbrella Falls and is one of the must-visit tourist places in Bhandardara.

Randha Falls is a seasonal waterfalls which is created by Pravara River. It is one of the major attractions in Bhandardara during monsoons. The fierce water of Pravara River plunges through the cliff forming an amazing scenery.

The ancient Amruteshwar Temple attracts us with its aesthetic charm. It is a Shiva Temple located on the banks of Pravara River (Amrutavahini River) with a history of 1000 years. Amruteshwar Temple is one of the major tourist places to explore when you visit Bhandardara.

The village of Ratanwadi is the base village for Ratangad Fort Trek. It is said that Ratangad Fort was one of the favourite forts of Chatrapati Shivaji. Ratangad Fort is a hill fort which gives an amazing view of surrounding regions. This 2000-years old fort has a lot to explore from different gates to many water tanks. One prime attraction at the peak of the fort is the natural rock formation which looks like an 'eye of the needle'. Ratangad Fort is also one of the top trekking places in Maharashtra.

The famous Kalsubai Peak is very near Bhandardara. The base village at the foot of Kalsubai is around 13km from Bhandardhara. Kalsubai is the highest mountain peak in the Sahyadri Mountain ranges and is one of the popular trekking places in Maharashtra.

Ghatgar is a village which is known the panoramic views of Sahyadri ranges. In fact, it is most enigmatic to visit this village during monsoons as the hills are totally coated in green!

The hill station of Bhandardhara is truly a wonder in itself! Blessed by the tranquil nature and surrounded by historical sites, it is one of the most beautiful hill stations in Maharashtra. Visit Bhandardhara during the monsoons to enjoy it even more.

Bhandardara is one of the best monsoon destinations in Maharashtra. However, the period from June to October is the best time to visit Bhandardara. In summer it turns out to be a cool getaway .

Bhandardara is situated in the Ahmednagar district around 43km from Igatpuri. Bhandardara is also accessible by road from Mumbai (170km) and Pune (162km). It is around 73km from Nashik. Akole is the nearest town to Bhandardara.

By Bus: Regular buses are available from all these major cities to reach Bhandardara.

By Train: Igatpuri Railway Station is the nearest railway station.

Comments
Read more about: unique travel ideas hill stations hill stations near pune ahmednagar maharashtra
Other articles published on Oct 13, 2016
We use cookies to ensure that we give you the best experience on our website. This includes cookies from third party social media websites and ad networks. Such third party cookies may track your use on Nativeplanet sites for better rendering. Our partners use cookies to ensure we show you advertising that is relevant to you. If you continue without changing your settings, we'll assume that you are happy to receive all cookies on Nativeplanet website. However, you can change your cookie settings at any time. Learn more
Change Settings Continue