Beautiful Honeymoon Destinations In The Himalayas 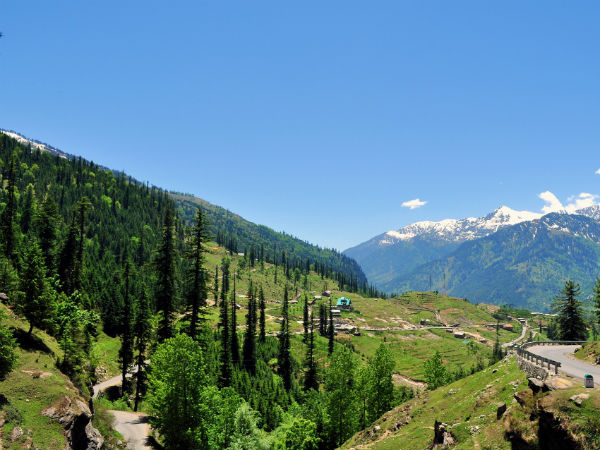 Embracing your loved one in the arms of nature is probably one of the best ideas of a honeymoon. India is blessed with innumerable mesmerising destinations, all of which make for an ideal honeymoon destination. Right from the snow-capped mountains of the north to the glittering blue beaches of the south, vacation destinations are available in plenty.

However, in this article, you will read particularly about some pristine romantic destinations in the Himalayas. The mighty Himalayas, as we know it, have some of the world's highest peaks and are spread across India, Nepal, Pakistan, China and Bhutan. In India, many picturesque towns, villages and hill stations are dotted across this majestic range of mountains.

Read here about the top 5 locations, perfect for a honeymoon.

Mussoorie is an enchanting hill station of Uttarakhand that is nestled on the foothills of the Garhwal ranges of the Himalayas. It is located 290 km from the capital city of Dehradun and is one of the most sought-after romantic destinations in Uttarakhand.

Spend time by the glittering Lake Mist, Mussoorie Lake, Kempty Falls and other such small and charming waterfalls of Mussoorie. You can also indulge in adventures, such as paragliding or trekking with your partner.

Mashobra is a relatively offbeat holiday destination that is spread with lush green landscape, surrounded by snow-capped mountains and is a town untouched by commercialisation. For an isolated romantic getaway or honeymoon, Mashobra is your go-to vacation.

Go on nature walks through the Reserve Forest Sanctuary at Mashobra, spot exotic birds and animals on the way. You can also try quad biking through the river nearby if the water levels are low. 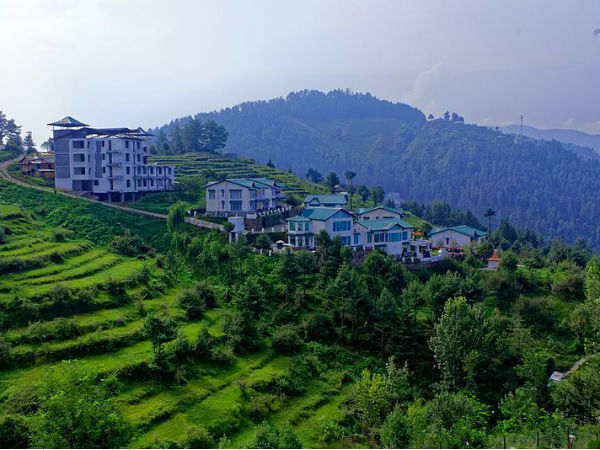 The capital city of Gangtok is perched on the eastern ranges of the Himalayas. Wake up to a cool climate and the view of the magnanimous Himalayas every morning at Gangtok. With Buddhism being the main religion followed, you can visit many Buddhist monasteries at Gangtok, such as the Enchey Monastery, Rumtek Monastery, etc.

Bask in the beauty of Sikkim's pristine nature while visiting nearby places like the Nathu La Pass, Ganesh Tok, Tsomgo Lake, etc. Go on an evening stroll through the beautiful MG Marg located at the heart of the city.

Mainly known for being a skiing destination, Gulmarg is a stunning hill station that is spread with refreshing green meadows, pine and deodars trees and snow-covered mountain slopes. It is nestled in the Pirpanjal ranges of the Himalayas and is located 53 km from the capital city of Srinagar.

The scenic beauty of the location has attracted several Bollywood directors to shoot scenes for their movies. Visit the mesmerising Alpather Lake or spend time in the immaculate valley of Khilanmarg - it is covered with lush green carpets of meadows during spring and a thick white layer of snow during winter.

The list of honeymoon destinations remains incomplete without the mention of the enchanting hill station of Manali. It is nestled in the valley of river Beas and is located about 270 km from Shimla, the state capital. Lofty hills dotted with thickets of woody trees and, during winter, snow-filled valleys are what you can expect in Manali.

Revel in the Solang Valley or drive up to the Rohtang Pass for a spellbinding view of Manali. If you're an adventurous couple, go on the Beas Kund trek or attempt paragliding in Manali.

Comments
Read more about: himalayas mountains nature hill stations paragliding adventure
Other articles published on Nov 29, 2017
We use cookies to ensure that we give you the best experience on our website. This includes cookies from third party social media websites and ad networks. Such third party cookies may track your use on Nativeplanet sites for better rendering. Our partners use cookies to ensure we show you advertising that is relevant to you. If you continue without changing your settings, we'll assume that you are happy to receive all cookies on Nativeplanet website. However, you can change your cookie settings at any time. Learn more
Change Settings Continue