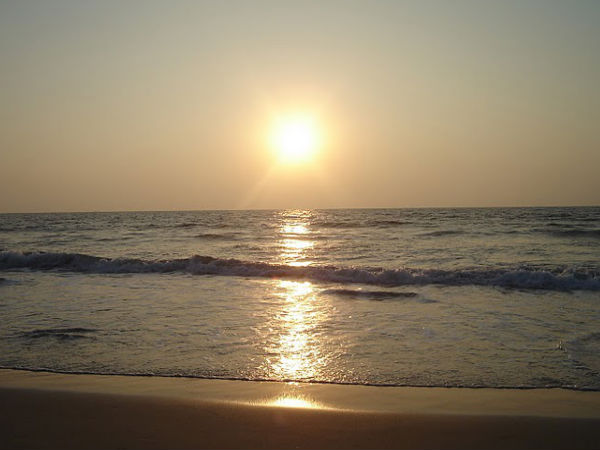 Mangalore is one of the prominent cities in South Canara, Karnataka. Situated in Dakshina Kannada, it is 352 km from Bangalore to Mangalore.

There are a number of places to visit in Mangalore and among them beaches are the main tourist attractions.

Ranked as the 8th cleanest city of India, it has some clean and scenic beaches. A visit to these pristine beaches in Mangalore is enriching for sure.

Panambur Beach is situated at a distance of 2 km from the New Mangalore Port. It is one of the famous beaches in Mangalore.

New Mangalore Port is the major port of Karnataka and is a main tourist spot. Visitors can enjoy street food near the beach and also play in the waters.

Every year in January, the International Kite Festival takes place in Panambur Beach. It is exciting to watch colourful kites fly over the beautiful sea.

Tannirbhavi Beach is a calm and secluded one in Mangalore. It is not crowded like Panambur beach as it is little far from the city.

It is one of the clean and less crowded beaches in Mangalore. Thus, making it an ideal weekend getaway from Mangalore.

There are no public transport to the beach, one should take their own vehicles. Or take a ferry from Sultan Battery which goes via Gurupura river.

Someshwara Beach is located in Ullal; it is famous for the sunset view and its rocks called 'Rudra Shilas'.

At the end of the beach, there is an old Someshwara temple which gets many devotees and tourists.

Situated in Ullal, this beach is 17 km from Mangalore city. The remnants of Rani Abakka's fort, Queen Abakka's Jain temple, Sayyid Madani Dargah and Someshwar temple are the places to visit in Mangalore near the beach.

Surathkal in Mangalore is known for its Technological Institutions. The town on the shores of Arabian sea is around 15 km from Mangalore.

Surathkal Beach and the light house a tourist attraction. This picturesque beach is near to Sadashiva temple and the National Institute of Technology.

Sasihithlu Beach is in Sasihithlu village at a distance of 25 km from Mangalore. It is not a well known beach in Mangalore. Hence, the beach is a less crowded one.

One can visit Sasihitlu beach for a quite weekend away from the city and noise. A clean beach and a tidy shore makes it a good tourist attraction.

Comments
Read more about: mangalore karnataka bangalore places near bangalore
Other articles published on Sep 30, 2015
We use cookies to ensure that we give you the best experience on our website. This includes cookies from third party social media websites and ad networks. Such third party cookies may track your use on Nativeplanet sites for better rendering. Our partners use cookies to ensure we show you advertising that is relevant to you. If you continue without changing your settings, we'll assume that you are happy to receive all cookies on Nativeplanet website. However, you can change your cookie settings at any time. Learn more
Change Settings Continue