Nativeplanet
»
Travel guide
»All You Need To Know About Germany's 16 States: Baden-Württemberg

All You Need To Know About Germany's 16 States: Baden-Württemberg 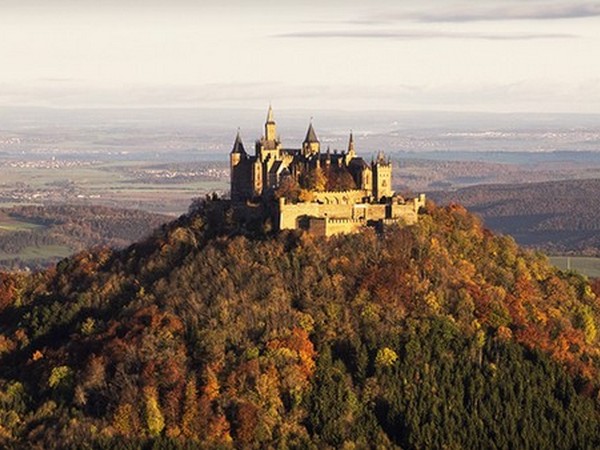 Three become one: The state in southwestern Germany is the only one created by a referendum. In 1952, the states of Württemberg-Baden, Baden and Württemberg-Hohenzollern merged. From that point on, the Black Forest and Swabian Alb, Heidelberg and Stuttgart, Black Forest gateau and Spätzle noodles belonged together - as well as the people of Baden and Swabia who inhabit this land: Baden-Württemberg.

Lake Constance is Germany's largest lake, so big that even neighboring countries Austria and Switzerland get a share of it. Framed by the Alps, wine thrives on its shores protected from wind and cold. On the island of Mainau, even palm trees soar into the sky. No day at the lake is like the other: the colors of its water change between turquoise green, petrol and blue. The best way to experience it is to take a trip across Lake Constance.

Year after year, Heidelberg has reported new visitor records, counting 13 million guests in 2019. There seemed to be no end in sight to this growth, until the coronavirus arrived. In the summer of 2020, foreign guests stayed away and tourism collapsed. Here's a snapshot from summer 2020 with Check-inpresenter Nicole Frölich.

Magnificent buildings, distinguished people and hot springs: Baden-Baden, on Germany's southwestern border, at the edge of the Black Forest. This spa and festival town has been drawing guests from the world over since the 19th century. Even today, the spa architecture of "Europe's summer capital", as it's known, reflects the glory of the Belle Époque at the turn of the 20th century.

Stuttgart is known for its automotive history, with Mercedes and Porsche. But it's not just the museums of the motoring world that make the state capital attractive - also some icons of modern architectural history!

The Feldberg is Baden-Württemberg's most famous mountain. The Belchen is one of those who can compete with it. At 1414 meters (4639 feet) high, it offers its visitors a fantastic panoramic view of the Rhine Valley, the Vosges and, with good visibility, even as far as the Alps.

With nearly 23 million overnight stays in 2019, the Black Forest is more popular than ever before. Known for the famous cake that bears its name, the Black Forest gateau, also famous for cuckoo clocks, Bollenhut pompom hats and of course its endless forests. They are a hiking paradise in summer, in winter skiers glide down its slopes.The capital of the Black Forest is Freiburg with its 800-year-old Gothic cathedral in the city center.

Use the mouse on your computer or your finger on your smartphone to choose what you want to see. Click on the video and drag the image sections wherever you want. If you have VR glasses, you can watch the video in virtual reality.

Every trip also includes sampling the local cuisine. Since you can't travel to Germany at the moment, let us bring you a speciality from Baden-Württemberg home to you with a recipe to cook for yourself: the famous Black Forest gateau.

Your Trip To Germany

Are you looking for recommendations for your visit to Germany? We've got them: Tips for Germany - state by state.

Baden-Wurttemberg in Germany - Photo and Text by DW News