Nativeplanet
»
Travel guide
»Things Every Traveller Must Know About Odisha

Things Every Traveller Must Know About Odisha 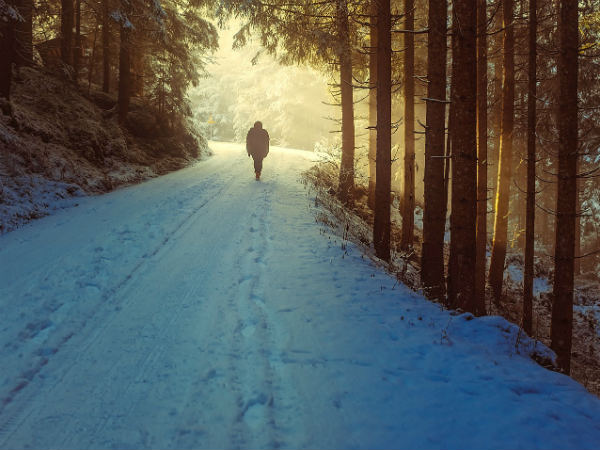 Odisha is one of the underrated and underestimated states in the country that actually has in store a lot to offer its tourists. Most of the tourists and travellers do not prefer spending their vacation and sparing some time for an exploration in this undiscovered state. But, let us tell you that Odisha is one of the few states that is assuredly capable of satisfying the wanderlust of every traveller. From hill stations to historical places, pilgrimage sites to other natural beauties in the form of lakes and forests, it houses everything. So, here we discuss some of the major things about Odisha every traveller must know. These facts will definitely surprise you. Read on to know more about them.

1) One Of The Oldest-known Rock Formations

Can you even guess to which period the rocks of Odisha belong? If you are wandering around the early Medieval Period or even thousands of years before the advent of the Common Era, then also you are wrong.

To everyone's surprise, the oldest-known rock in Odisha dates back to 3 billion years and is the second oldest rock formation in the world; it comes after a rock found in Australia which dates back to 4.4 billion years. It is located in the district of Kendujhar. Being a traveller, you must visit this age-old site and explore its beauty.

2) Home To A Leaning Temple

If you think the leaning tower of Pisa really fascinates you, then you must plan a tour of the Leaning Temple of Huma. Located on the banks of Mahanadi river, this beautiful temple is dedicated to Lord Shiva and is believed to have been constructed in between the 17th and 18th centuries.

Today, the temple has become a popular tourist attraction amongst history lovers and architecture enthusiasts. Don't you think this unusual temple architecture deserves to be explored by every traveller? The peaceful surroundings of the temple also make for a perfect picnic spot.

3) Has The Largest Kitchen In The World

If you are a traveller, then you must have heard of the Jagannath Temple at Puri, which is immensely popular for its annual Rath Yatra. But do you know that this temple houses the largest kitchen in the world?

With 32 rooms, 250 earthen ovens, more than 600 cooks and about 400 assistants, the kitchen prepares tons of food for the temple, thereby, recording as the biggest kitchen on the planet. Another interesting fact about the kitchen is that its fire is never put out. Doesn't that astonish you? If yes, then you really need to plan a tour of this largest kitchen at Puri.

4) The Only Place With White Crocodiles

Have you ever seen a white crocodile? Unless you have been to Bhitarkanika National Park in the Kendrapara district of Odisha, you wouldn't have savoured the beauty of while crocodiles.

As per records, there are only two white crocodiles in the country and both are present in Odisha at Bhitarkanika National Park, which is one of the most beautiful regions in the state. With rivers, forests and rare wildlife, this national park makes for an ideal weekend getaway. So, what do you think about a visit?

The only UNESCO World Heritage Site in Odisha, the Sun Temple at Konark is one of the architectural marvels in the country. It is designed in such a way that the first sunrays of the day fall on the entrance of the temple.

The temple is built in the shape of a chariot, and hence it is one of the most beautiful temples in the world. Also known as Black Pagoda, this 13th-century temple is a masterpiece which showcases artistry that prevailed during the Medieval Period. If you are an architecture lover, then this temple is certainly your stoppage.

6) The State Of Hide And Seek Beach

Odisha is home to Chandipur Beach, which has also gained popularity as the Hide and Seek Beach over a period of time. During the period of high tide, the beach gets submerged in the sea water and during the period of low tide, it emerges out when the water level recedes. It is one of the unique beaches in the country. Therefore, it is a popular destination amongst beach lovers and photographers.

7) Home To A Snowfall-receiving Place

Well, this is one thing no one would expect from a place like Odisha? But fortunately, it is cent percent true. Yes, Daringbadi in Odisha is a beautiful hill station that receives snowfall during the winter season. It is located at a distance of about 240 km from Bhubaneswar, the capital city of Odisha, and is easily accessible. Isn't it a compelling beauty?

Comments
Read more about: india travel tourism odisha temples hills konark puri history nature weekend beaches
Other articles published on Sep 11, 2018
We use cookies to ensure that we give you the best experience on our website. This includes cookies from third party social media websites and ad networks. Such third party cookies may track your use on Nativeplanet sites for better rendering. Our partners use cookies to ensure we show you advertising that is relevant to you. If you continue without changing your settings, we'll assume that you are happy to receive all cookies on Nativeplanet website. However, you can change your cookie settings at any time. Learn more
Change Settings Continue