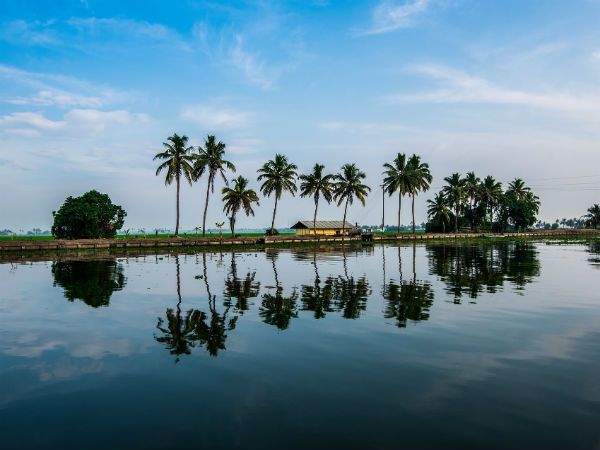 Located in the beautiful state of Kerala, Kochi is a major port city in India and has been a significant trade centre for centuries. Even though it has a history dating back to thousands of years, it is mainly noted for its natural beauty. From beaches to backwaters and hills to forests, it has everything that allures tourists from all over the country. Therefore, over a period of time, Kochi has become of the most-visited tourist destination in South India.

But, do you know there are still certain interesting facts about Kochi which are unknown to many tourists? These compelling facts make it a significant tourist spot in the country. If you are keen on learning in detail about these facts, then here is your read.

Located in the region of Fort Kochi, St. Francis Church is said to have been established by the Portuguese in the year 1903 and is the oldest European church in the country. It is also the place where the dead body of Vasco da Gama was originally buried.

However, after several years, his remains were transferred to Lisbon. Today, this architecturally-built church is one of the most-visited ancient monuments in the city. Therefore, do not miss out on this ancient marvel while in and around Kochi.

2) The Only Place To Witness Chinese Fishing Nets

Ever heard of Cheenavala? If not, then let us tell you that these are giant fishing nets used by fishermen primarily in China. Kochi is the only place outside China where you can get the golden opportunity of witnessing them. As per locals, these massive nets are said to have been introduced in Kochi several centuries ago by Chinese traders. Today, these beautiful nets are major attractions of Kochi amongst photographers.

3) The Only City In Kerala With Three Railway Stations

Well, it is common for major cities in North India to have more than 2 railway stations. However, it is not when it comes to Kerala. You would be surprised to know that Kochi is the only city in Kerala which boasts of having three railway stations. The Ernakulam Junction is the biggest and busiest railway station here. With 6 platforms and 12 tracks, it receives about 28,000 passengers every day.

4) Home To One Of The Oldest Portuguese Houses

Located in the region of Fort Kochi, the Vasco House is said to be one of the oldest Portuguese houses in the country. As per records, it is believed to be the residence of Vasco da Gama during his stay in Kochi. Therefore, it is of great historical significance. With European glass windows and beautiful verandahs, it attracts several architecture lovers too. Hence, it is a must-visit destination in Kochi for every traveller.

5) Described As The Most Beautiful Place By Many Ancient Travellers

Unarguably, Kochi is one of the most beautiful places in India. After all, it is home to lakes, backwaters, beaches, ancient monuments, lush greenery and hills. Even though it has been converted into a modern city over a period of time, it has been successful in retaining its natural charm.

It has been described as the most beautiful city in India by many ancient travellers. The Italian traveller Nicolas Conti mentioned in his travelogue - "China is where you make your money, then Cochin is surely the place to spend it."

6) Home To The Longest Lake

Vembanad Lake is the longest lake in India and the largest lake in Kerala. It has a length of about 97 km and is spread over an area of about 2033 sq km. Thousands of tourists come to Kochi to witness the grandeur and the natural beauty of the lake. From boating to lazing by its banks, there is a lot to do here. The region is also good for birdwatchers.

7) Queen Of The Arabian Sea

Unknown to many, Kochi is nicknamed Queen of the Arabian Sea on account of its importance as a port city since the Medieval Period of India when it was an important spice trading centre. The port of Kochi is well connected to all other major ports in the world.