5 Reasons Why You Should Head To Spiti Valley 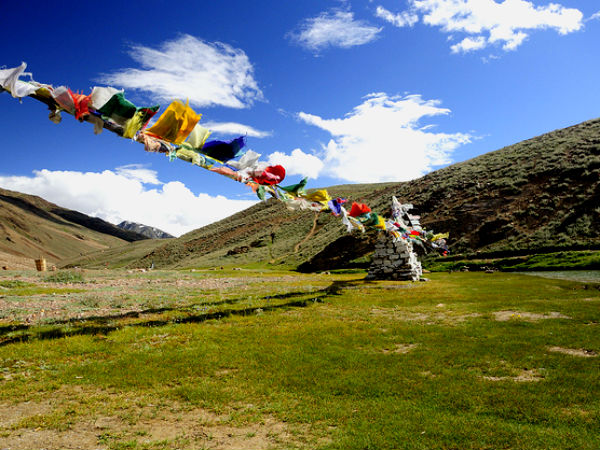 "Thousands of tired, nerve-shaken, over-civilized people are beginning to find out that going to the mountains is going home; that wildness is a necessity." John Muir

Many of us feel that the mountains are our second home. Some people tend to develop an instant connection when they go to explore mountainous areas and have a feeling that something is lost when they come back. This goes on to prove that the person has fallen in love with the mountains.

For those who love the mountains and its adjoining areas, well the Valley of Spiti in Himachal is a must-visit without a second thought. The region here is a desert mountain valley and has gained much fame for its beautiful monasteries and the natural beauty which remains untouched.

Walking on the terrain here is no piece of cake and the entire area is completely isolated during the winters. A visit to Spiti is incomplete without visiting the monasteries; the Ki monastery and the Dhankar monastery is a must-visit.

If you are an adventure enthusiast, then there are a number of trekking trails and a few mountain biking routes which you must go ahead with. Those who love lakes should head straight to the lakes of Chandratal and Surajtal, which are one of the most beautiful ones in the world.

All said and done, there are some more reasons why one should visit this valley, apart from the mentioned ones. Hence, scroll down and find out more.

1. Gaze At The Night Sky At Pin Valley And You Would Be Surprised

The night sky is filled with countless stars, and due to a pollutant-free atmosphere a marvel unravels right in front of your eyes. One can not only see the stars but also the Milky Way galaxy. Well as the saying goes, an image talks more than words. Have a look at the image and you would understand what we are saying.

2. Home To The Highest Motorable Village In Asia

The village of Komic is considered to be the highest motorable village in Asia. The scenic village has a population of about 50 to 60 people and the temperature here tends to dip to -30 degree Celsius.

The houses here are separated from each other by plush lawns which gives one plenty of space to have a sun bath whenever the sun makes its occasional appearance.

3. For The Love Of Buddha

The valley of Spiti is considered as an important centre for Buddhism. The valley has a lot of monasteries; amongst them the Ki monastery is considered to be the oldest which dates back to 996 AD.

The monastery is dedicated to the followers of Tibetan Buddhism and is located atop a hill which is at an altitude of 13,668 ft above sea level. The other monastery is the Dhankar monastery, which is a must-visit.

There are over a dozen lakes which are tucked away in the various parts of the valley. One amongst them is the Chandratal Lake which is one of the most popular choices amongst the visitors and catching the starry sky at night from its shore is one of a kind of experience. The other lake that must be explored is the Surajtal Lake.

5. The Vast Stretches Of Untamed Land

The valley is situated at an altitude of 12,500 ft above sea level, which makes it one of the less inhabited places. The changing hues of the barren mountains is a sight which is truly breathtaking.

It is also the land of the Buchen Llamas, who are worshiped by the locals as they are believed to drive out evil forces. Being one of the less inhabited places, the locals here are very welcoming to their visitors and offer places to stay within their household.

Comments
Read more about: travel india valleys mountains spiti nature
Other articles published on Apr 20, 2017
We use cookies to ensure that we give you the best experience on our website. This includes cookies from third party social media websites and ad networks. Such third party cookies may track your use on Nativeplanet sites for better rendering. Our partners use cookies to ensure we show you advertising that is relevant to you. If you continue without changing your settings, we'll assume that you are happy to receive all cookies on Nativeplanet website. However, you can change your cookie settings at any time. Learn more
Change Settings Continue