Nativeplanet
»
Travel guide
»Five Places In Karnataka That Are Nirvana For Travel Lovers!

Five Places In Karnataka That Are Nirvana For Travel Lovers! 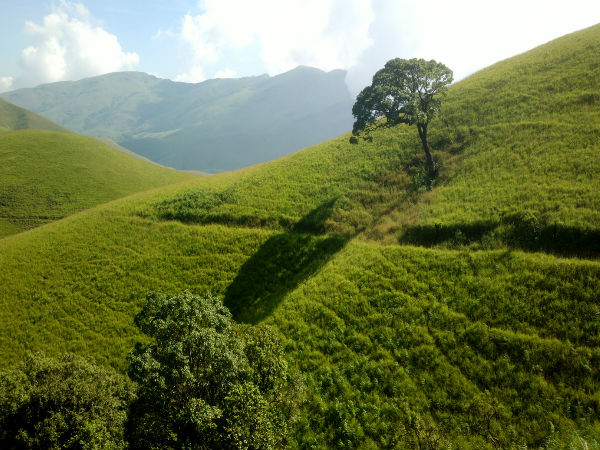 Architectural marvels,World Heritage sites, lush green forests, amazing wildlife, graceful rivers, elegant waterfalls, serene beaches and pristine locales galore the gorgeous land of Karnataka! Be it heritage, nature, wildlife or beaches, Karnataka is a land blessed with many shades and worlds! But how much do you know about this gem of a place? It has hid many pristine places under its vest that are yet to be fairly explored.

Let's take a look at 5 offbeat destinations in Karnataka which are unknown to many. These are lesser known tourist places in Karnataka that has the charm to allure you.

The Cherrapunji of the South - Agumbe!

Known for it's spectacular sunsets, sparkling streams, verdant village vistas and rich biodiversity, Agumbe is a picturesque village nestled on a plateau on top of the Someshwara Ghat. Located in the Shimoga district of Karnataka, the place is blessed with many beautiful waterfalls.

Sunset point in Agumbe is a perfect spot to get soaked in natures tranquillity! With it's spellbinding locales and heavenly weather, it is undoubtedly the best unknown trekking destination in Karnataka. Agumbe has many trekking trails which would give out of this world experience!

The enchanting peak of Kudremukh!

At an altitude of 1894 metre above sea level, the Kudremukh Peak in Chikmagalur district of Karnataka is a paradise for trekkers and nature enthusiasts alike, with its mountainous paths and rich flora-fauna! The stunning environs make it one of the best offbeat places to visit in Karnataka.

The view of Shola grasslands and lush green forests around would definitely enthral the traveller in you! Travel to Kudremukh and get lost in the serenity!

Kollur is a small temple town in Udupi district of Karnataka famous for its Mookambika temple. But Kollur is not just a pilgrim centre as it is publicly perceived! The Kodachadri mountain peak located in Kollur is a nirvana for every nature lover! This 10th highest peak in Karnataka is a nature heritage site.

This biodiversity hotspot is home to several endemic and endangered species of flora-fauna! It has some beautiful waterfalls that are a treat to the pair of eyes. The enchanting sunset at this peak is once in a life time experience!

Located on the backwaters of river Sharavathi, Honnemaradu is a small village perched on the hills that overlook the Linganamakki Reservoir. With a spectacular and striking backdrop, Honnemaradu is a haven for water sports. Known for the amazing experience whilst coracle rides, 'the Golden Lake' has some of the most spectacular views of the sunrise and sunset.

The majestic and famed waterfalls of Jog and Dabbe are located near to Honnemaradu! Dropping from a height of 830 feet, Jog falls is the 2nd highest waterfall in India!The unique landscape of Maravanthe!

The unique landscape of Maravanthe!

Considered as one of Karnataka's most beautiful beaches, the village of Maravanthe has a unique landscape with Arabian sea on one side and river Souparnika on the other side! This spectacular scenery is the only one of its kind in India!

These 5 offbeat destinations in Karnataka is sure to please the traveller in you! These lesser known tourist places in Karnataka can definitely be the break you had yearned so much for! Happy travelling to these exquisite locales:)