Nativeplanet
»
Travel guide
»10 Popular Places In India That Could Literally Be Twinning!

10 Popular Places In India That Could Literally Be Twinning! 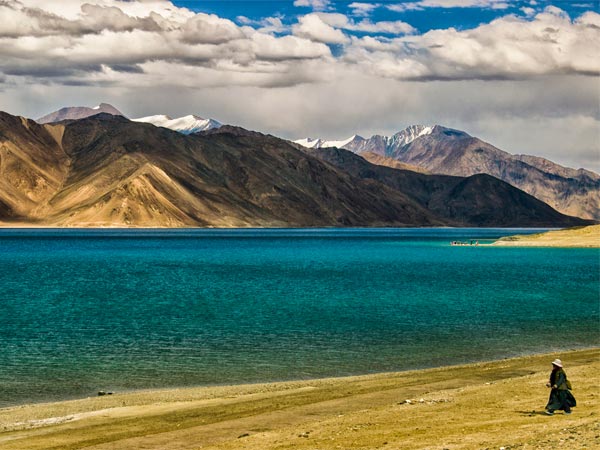 Travelling means different things to different kinds of people. Some travel to discover new places, some to heal, some to get an inspiration and few others just do it for the pleasure of travelling. For those who might have travelled all across India, there could have been times when you felt an instance of déjà vu.

A moment where you felt that you've seen the place before, although you might have never really travelled there. And even if you haven't travelled enough to experience that, this article will give you the necessary insight on a few magnificent and popular places in India that look very similar to each other.

Taj Mahal, one of the 7 wonders of the world has a twin! Bibi Ka Maqbara built in Aurangabad has an uncanny resemblance to the Taj Mahal of Agra. It is, therefore, sometimes referred to as Dakkhani Taj (Taj of Deccan) or Mini Taj Mahal.

Taj Mahal was commissioned by Shah Jahan in 1632, who dedicated it to his beloved wife Mumtaz Mahal. This tomb made of white marble nestles on the banks of Yamuna and its magnificence has been recognized worldwide.

It is a UNESCO World Heritage Site as well as one among the New7Wonders of the World.
PC: Dhirad

Bibi Ka Maqbara means "Tomb of the Lady" and was commissioned to be built by the Mughal Emperor Aurangazeb in 1660, in the memory of his first wife Dilras Banu Begum.

In appearance, the Bibi Ka Maqbara looks like a miniature version of the Taj Mahal. The tomb is one of Aurangabad's most treasured relics visited by many tourists.

According to the inscriptions on the monument, it was built by Ata Ullah and engineered by Hanspat Rai. The white marble used to build the tomb was apparently transported from the mines of Jaipur.
PC: Arian Zwegers

You might have overlooked the fact that two of the most awe-inspiring lakes in India, Chandra Taal in Himachal Pradesh and Pangong Lake in Jammu and Kashmir, look quite alike. The turqouise-blue water of the lake which is surrounded by breathtaking sight of majestic mountains can be experienced in both the places.

Chandra Taal, which literally means "Lake of the Moon", gets the name due to its crescent shape. It is located in Spiti at an elevation of 14,100 ft. A day's visit to the stunning Chandra Taal lake can be wrapped up by having an overnight camp nearby.
PC: Shiraz Ritwik

Located in Ladakh, Pangong Lake is also known as Pangong Tso which is a terminal basin. It means that the lake does not flow into bigger water bodies like into a sea or an ocean. Pangong Tso means high grassland lake in Tibetan and it has been named so due to its altitude of 14,270 ft.

The spellbinding view of the lake has largely attracted tourist attention, especially after a scene in the blockbuster Bollywood movie 3 Idiots was shot near the lake.
PC: Debarup Mukherjee

Kaas Plateau and Valley of Flowers both come under the UNESCO World Heritage Site due to one reason - abode of beautiful, exotic and various types of flowers. Kaas Plateau is located in Maharashtra, about 25 km from the city of Satara. Particularly during the months of August and September, the plateau is carpeted with magnificent wild flowers and butterflies that are seasonal.

It is perched at an altitude of about 4000 ft and is home to almost 850 various species of flowers. Alluring flowers like orchids, rose variants, etc. can be seen in the Kaas Plateau.
PC: Elroy Serrao

Valley of Flowers is home to some of the most stunning alpine flowers and other flora, which are mostly seasonal. Since it is nestled in the majestic mountain ranges of Himalayas in Uttarakhand, you will get to witness alpine flowers like orchids, poppies, daisies, marigolds, etc.

Apart from being home to beautiful flowers, the valley has been declared as a national park as well. Therefore you may even witness animals like musk deer, snow leopard and Asiatic black bear, to name a few.
PC: Alosh Bennett

The fortifications of Jaisalmer and Mehrangarh, which are both found in the state of Rajasthan might look almost similar at first sight. Jaisalmer fort being the more popular one, is a World Heritage Site and one of the very few completely preserved foritifications of the world.

The fort stands strong on the Thar Desert, and was built by the Rajput ruler Rawal Jaisal in 1156 AD, primarily using yellow sandstone.

The fort consists of Jain temples, Raj Mahal, 4 enormous gateways, Laxminath temple and havelis. A visit to Jaisalmer is definitely incomplete if you miss out on this fort!
PC: Manoj Vasanth

Rao Jodha of Rathore clan, the founder of Jodhpur city built the Jaisalmer Fort. It is one of the largest forts in India and was constructed back in 1460. It is a thick-walled fort that has 7 gateways, palaces with exquisite carvings and huge courtyards.

The fort also has one of the most well-equipped museums which showcases ancient palanquins, Rathore costumes, paintings, etc. The 7 gates of the Mahrangarh Fort are built by different rulers who won and reigned in Jodhpur over a century or so.
PC: Fulvio Spada

Yumthang Valley is best known as Sikkim Valley of Flowers since it is home to Shingba Rhododendron Sanctuary, that is, the valley houses over 24 various species of rhododendrons. Although Baspa Valley is not particularly filled with flowers, on the first sight it might seem like the two places are similar to look at.

It is best to visit Yumthang Valley between the months of March to June which happens to be the flowering season. You can revel in the beauty of pristine nature of the Yumthang Valley.
PC: Shayon Ghosh

Named after the river Baspa, the Baspa Valley is a picturesque and tranquil getaway to the arms of nature. It is settled in the Kinnaur district of Himachal Pradesh and is a beautiful place with snow-clad mountains surrounding the trickling water of the Baspa river.

If you love snow and have always wanted to witness snowfall first-hand, Baspa valley is the place to be during the winter season.
PC: Sukanya Ray