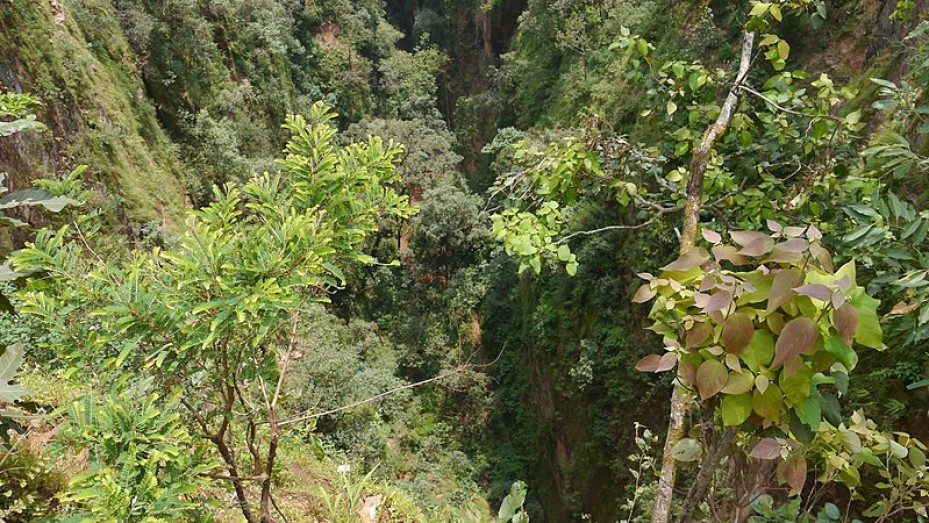 Handi Khoh is a canyon or ravine inside the Pachmarhi forest region. It falls from a height of 300 ft and has rugged rock or cliff around it. It is a lovely and lonely place where one can listen to the noise of bees and gushing water only.

As per folklore there was a lake in the place called Handi Khoh earlier. But a poisonous evil serpent, which was in fact a demon, was guarding the lake. Once there was a fight between the Hindu God, Lord Shiva and the evil snake. In the fury of the war between them the lake dried and the canyon was formed.

Handi got the name as it has the shape of the pot. The people of Pachmarhi used to call it Andhi Kho and later on it came to be known as Handi Khoh. Handi Khoh is famous for its marvellous natural beauty.