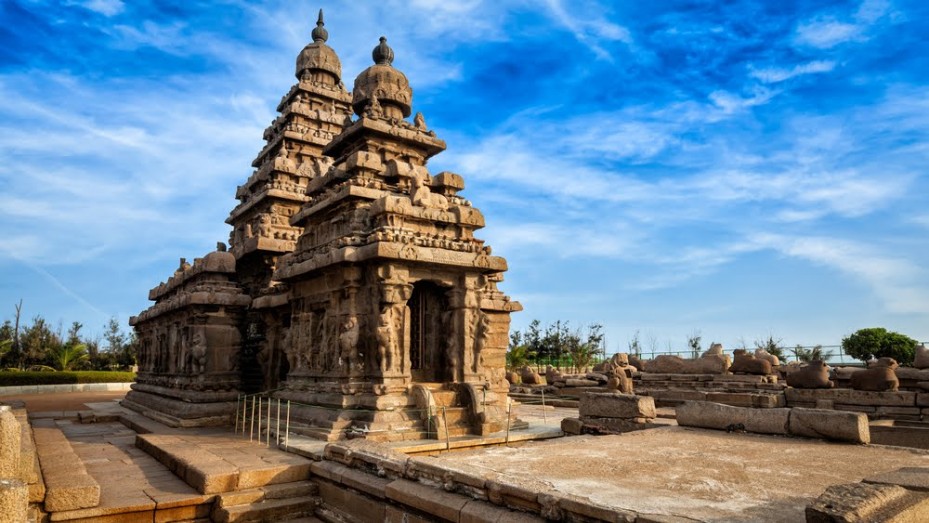 The Shore Temple was constructed from 700 AD to 728 AD and is called as such as it overlooks the Bay of Bengal’s shore. Built with granite blocks, it is a structural temple, and as a part of the Group of Monuments at Mahabalipuram, it has been classified as a World Heritage Site by UNESCO.

It is cited as one of the ancient structural stone temples in the southern part of the country. A Sivalinga is enshrined within the Temple as is a shrine dedicated to Lord Vishnu. A small carved shrine of Goddess Durga on her vahana, the Lion is also prominently featured here.

It is interesting to note the plurality of deities worshipped here as it is symbolic of an attempt to balance various religious beliefs and requirements. It is one of the earliest indicators of religious tolerance shown by rulers during the period it was built in.