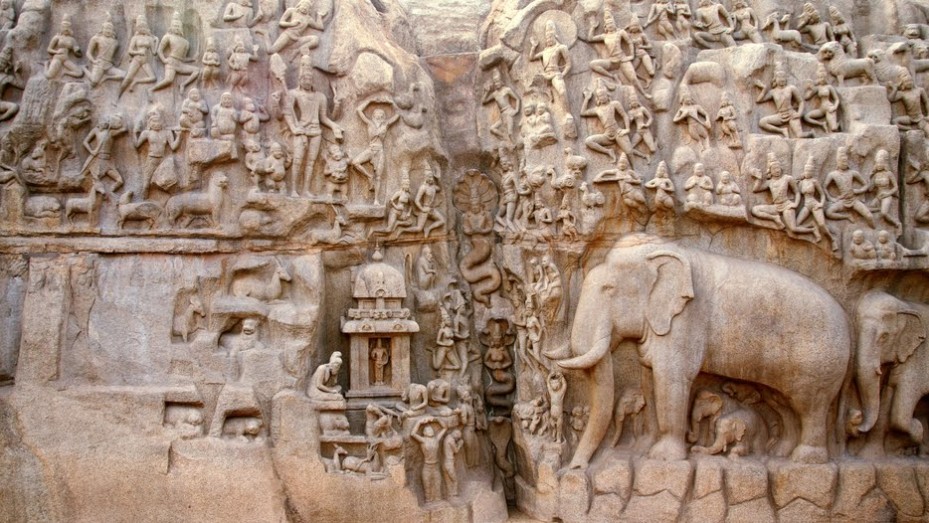 Arjuna's Penance is a gigantic uncovered bas-relief monolith that was constructed somewhere around the mid-7th century and stands at a height of 43 ft. It is also known by an alternative name; the Descent of the Ganga.

The name can be traced back to two conflicting legends; one that says that it was named after Arjuna, the Pandava who went through many a hardship to procure Lord Shiva’s weapon and lay waste to his enemies and another that states that King Bhagiratha performed penance to bring the river Ganga down from heaven to earth in order to purify the souls of his ancestors.

The sculpted figures found here serve as a testament to the exceptional skill of the sculptors-in-charge. More than 100 figures of Gods, flying celestial creatures and wildlife are found here. A cleft that is believed to show the descent of the Ganga river to earth is found between two rocks, and it separates the monolith into two separate halves.