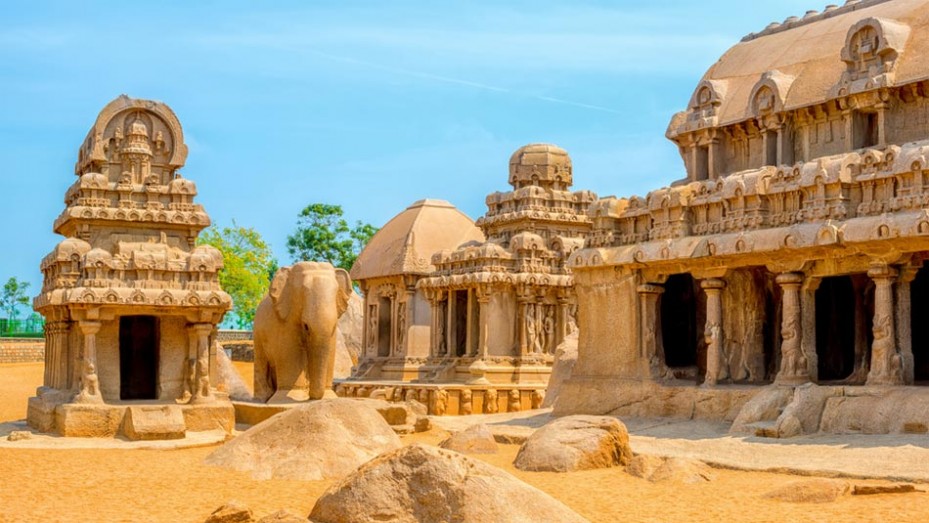 The Five Rathas, also called the Pancha Rathas in the local tongue, is a shining example of monolith Indian stone-cut architecture that dates back to the late part of the seventh century. Like the Shore Temple, the Pancha Rathas is also a World Heritage Site.

Carved during the reign of King Mahendravarman-I and the successor to his throne, his son Narasimhavarman-I, the purpose of this particular construction is still largely unknown and certain structures are incomplete. The sheer durability of the granite used to construct the Pancha Rathas shrines helped it survive the constant salty winds that come in from the ocean as well as a destructive tsunami that hit in the 13th century.

The five monolithic shrines that comprise this structure are named after the five Pandavas and Draupadi. It is a greatly recognised symbol of diversity of Dravidian architecture and remains an extremely popular tourist attraction.