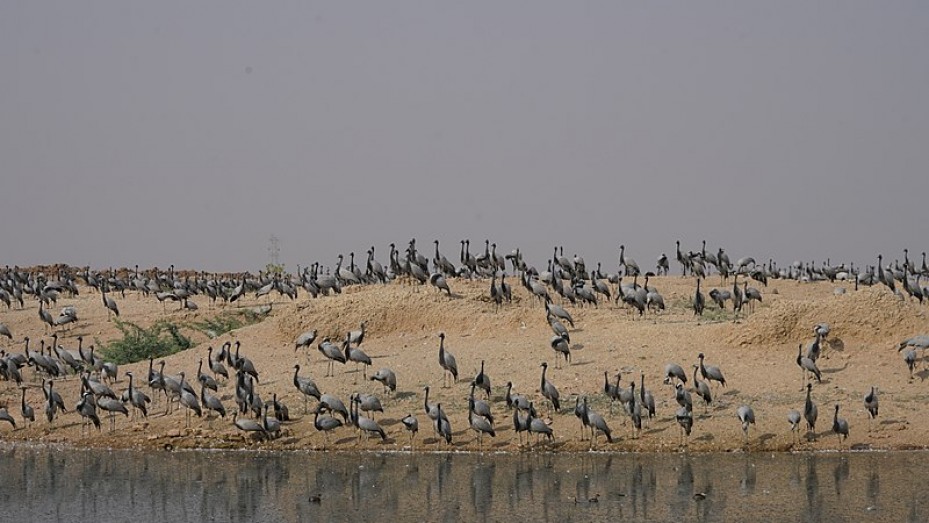 Kheechan Bird Sanctuary, located in the village of Kheechan, is a residence of migratory birds. This natural sanctuary serves as home to three types of birds called Kurjan, Karkara and Kunch that migrate from South West Europe, Black Sea region, Poland, Ukraine, Kazakhstan, North and South Africa and Mongolia.

These birds can be seen in large numbers at this bird sanctuary between October and March as they migrate to India during this time to avoid the cold winters of Europe. A large number of these birds visit India every year, however, only about four to six thousand come to the bird sanctuary at Kheechan.

Kurjan, which makes a typical 'kur-kur' sound, weighs 4 to 6 kg and has a height of about three feet. It is for the typical sound they make that they are called Kurjan in the local language. The bird is capable of flying long distances at speeds varying from 40-60 km per hour.

Kurjans have typical features which make their appearance quite attractive. Kheechan Bird Sanctuary is quite popular among nature lovers who visit this place in large numbers every year to watch these birds.