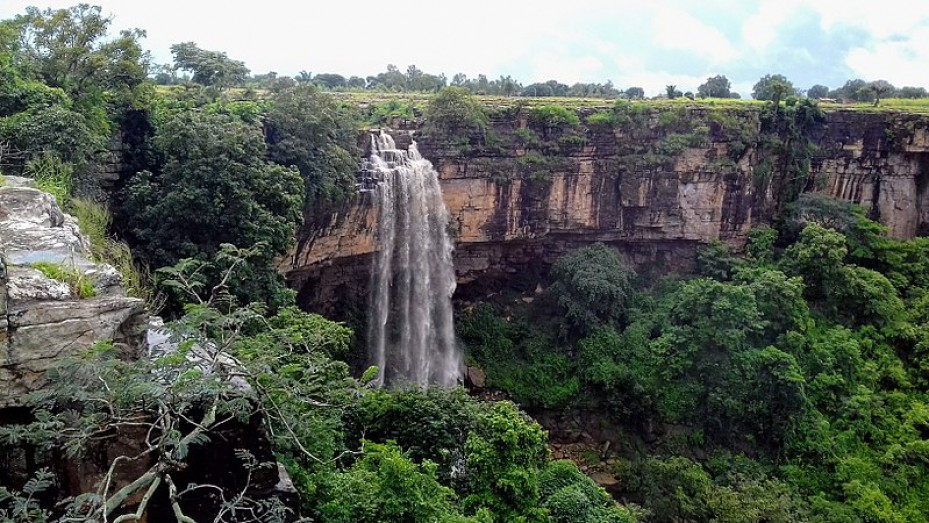 Tourist Places In And Around Jagdalpur

Blessed with enchanting natural beauty and a vast reserve of wild animals, Jagdalpur is known for its traditional folk culture, which adds to the uniqueness of the region. Dhamtari has numerous tourist attractions.

Some of them are Kanger Valley National Park, Indravati National Park, Chitrakote Waterfalls, Chitradhara Waterfalls and Dalpat Sagar Lake which has a musical fountain which adds to the beauty of the island.

Art and craft are a documentation of time, society and culture. The tribal and folk artists and craft persons give concrete expressions to their thoughts, ideas and imagination while engaged in their works. Their artistic imagination and sense of beauty is at work even while making objects and artifacts of daily use.

Their tradition of ritualistic artistic offerings to propitiate their gods and goddesses has kept their art alive and vibrant down the centuries. Art, in fact, is part of their very existence. A peep into the world of tribal and folk art and craft of Jagdalpur is a fascinating journey back into time. The tribal artists and craft persons are keeping the rich tradition of their past alive.

This is to be seen in the way they mould clay, wood, stone, metal, etc. into mind-boggling shapes, forms and designs which are attractive and alluring. The tradition of iron craft in Jagdalpur has been passed down from generation to generation and stands unmatched in skill and creativity.

The metal craft of the region has a unique rustic charm. Excelling in iron sculptures, the craftsmen of the region experiment with each and every theme, traditional or imaginary. The themes include local deities, armed tribal soldiers, horses, pigs, and different birds. The products consist mainly of decorative, worship and day-to-day living accessories.

The people of Jagdalpur are categorized into different tribes. Some of the tribes found here are Gonds, Murias, Halbas and Abhujmaria. Gonds are not only the largest tribal group in India but also are a majority of the tribal population of Jagdalpur. They are mainly a nomadic tribe and also called as Koytoria.

The Muria are a sub-group of the Gond tribe. The Muria, unlike the typically nomadic Gond, live in permanent villages. They survive mainly by farming, hunting and eating fruits of the forest. The Muria are generally very poor and live in bamboo, mud and thatched roof houses.

The Halbas are one of the developed and rich tribal groups and many of them are land owners or land lords. Halbas enjoy high ‘local status’ amongst the tribals in the state, because of their costume, dialect and social activities.

The Abhujmaria are tribes found in the geographically inaccessible areas of Abujhmar Mountains and Kutrumar Hills in the Jagdalpur district.

How To Reach Jagdalpur

Jagdalpur is Famous for

How to Reach Jagdalpur