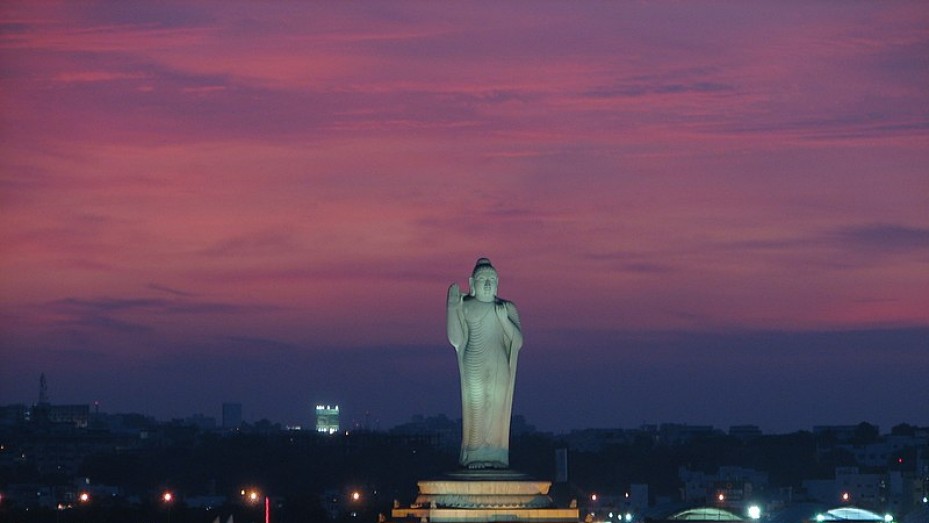 The Hussain Sagar Lake is a major landmark in the geography as well as the history of Hyderabad. This man-made lake was constructed by Hazrat Hussain Shah Wali during the year 1562. The lake has been built on an ancillary of the river Musi. The primary need for building the lake was to provide water to the city for irrigation purposes. This huge lake has the capacity to contain water perennially and forms the link between the twin cities of Hyderabad and Secunderabad.

Around the lake is the famous Necklace Road, that lights up much like the diamonds in a necklace during the night. The Necklace Road with Hussain Sagar in its midst forms a mesmerising view especially at night -time. In 1992, a large and magnificent statue of Lord Buddha (carved out of a single stone) was erected in the centre of the lake. One can access the statue via a boat. If you are in Hyderabad, you cannot miss the Hussain Sagar and its adjoining tourist attractions.