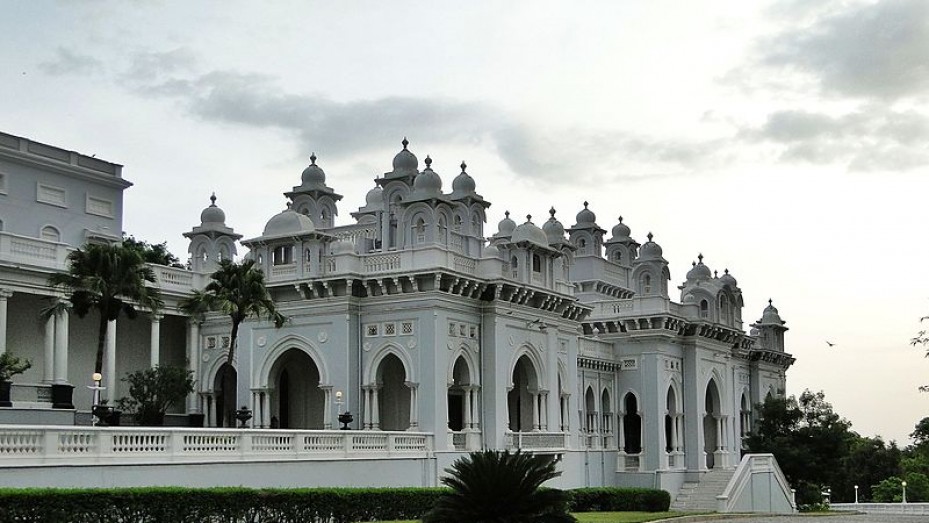 The Falaknuma Palace was designed by an English architect and the construction of the palace began in 1884. The palace initially belonged to Nawab Viqar-ul-Umra who was the then prime minister of Hyderabad. Later, the palace was given to Nizams. The palace derives its name from Urdu and means “mirror of the sky”.

The Falaknuma Palace is located 5 km from Charminar and is easily accessible by road. Interestingly, the palace has been built to resemble the shape of a scorpion. The two stings of the scorpion are the extended wings of the palace towards the north.

The body of the scorpion that forms the middle portion of the palace contains the main building as well as the kitchen. The Zenana Mahal and the harem are situated on the south side of the palace. The palace is a unique blend of Tudor as well as Italian architecture. The glass used in the windows is stained keeping in with the Tudor style.