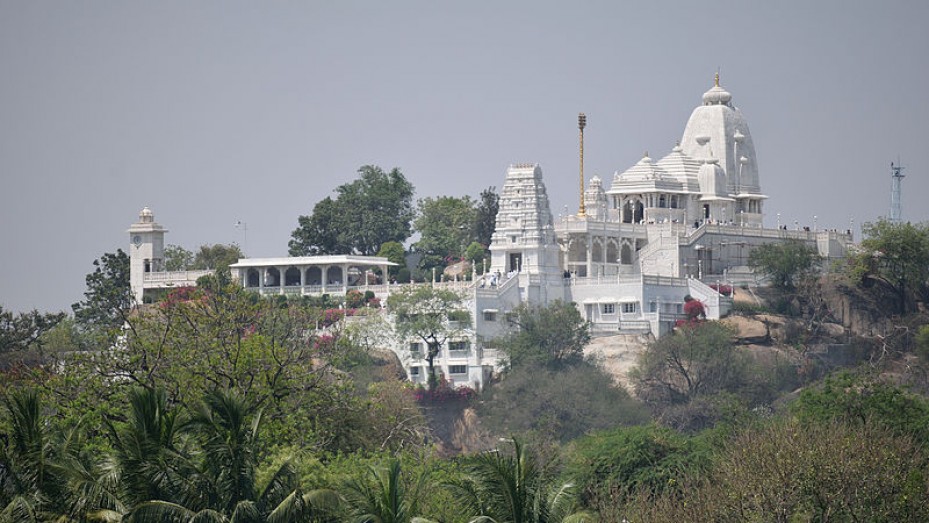 The Birla Mandir is located adjacent to the Birla Planetarium in Hyderabad. The mandir is built on the Naubat Pahad and is a venerated place among the Hindus especially those who are devotees of Lord Venkateshwara.

The temple took 10 years to be built and was commissioned by Swami Ranganathananda, who belonged to the Ramakrishna Mission. The unique feature about the mandir is that it has been built using only white marble that was specially brought from Rajasthan. Also, the mandir has no bells so as to not to disturb the peaceful and meditative atmosphere of the temple.

Along with the main idol of Lord Venkateshwara, there are other deities enshrined in the temple. The mandir has separate wings for the deities of Shiva, Ganesh, Hanuman, Brahma, Sai Baba, Shakti, Lakshmi and Saraswati. One can also see on the walls of the temple the teachings of holy men including Guru Gobind Singh.