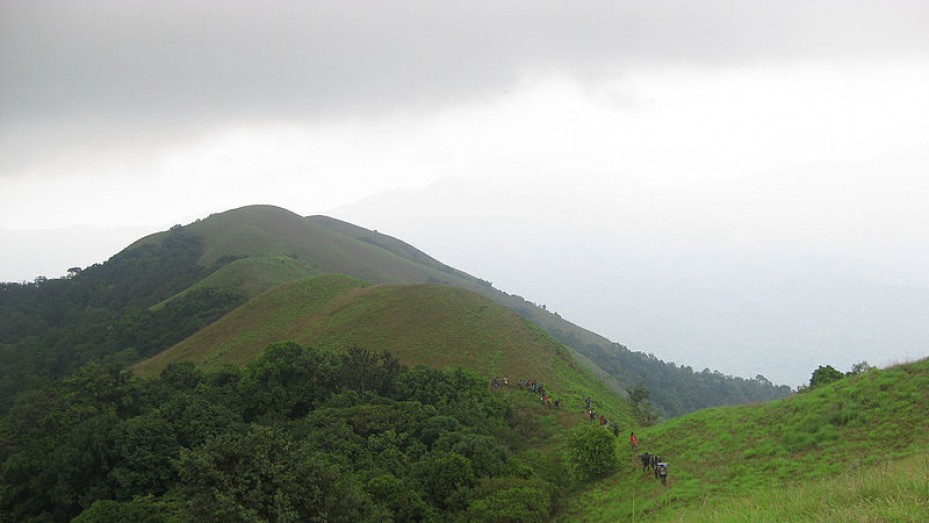 Travellers interested in trekking can visit Ombattu Gudda that stands for 'nine hills' in English (In Kannada, Ombattu means nine and Gudda means hill). The site has been named so due to nine consecutive humps that are present at this peak.

It lies at an elevation of approximately 971 m above sea level and is considered to be one of the highest peaks in the Western Ghats range. The site is surrounded by Kabbinale Reserve Forest, Shiradi Srisla Reserve Forest and Balur Reserve Forest.

Visitors travelling to this site should refer to its local name, Murkal Gudda, while asking the natives for directions. The site is situated around 20 km from Gundiya Checkpost inside the Kabbinale Reserve Forest. Initially, a jeep trail will take travellers to Ombattu Gudda base.

During the jeep trail, tourist can get the chance to spot wild animal species like leopard, barking deer, sloth bear, tiger, wild elephant and gaur in the forests. The path followed goes along the Kabbihole River, where people can undertake diving.