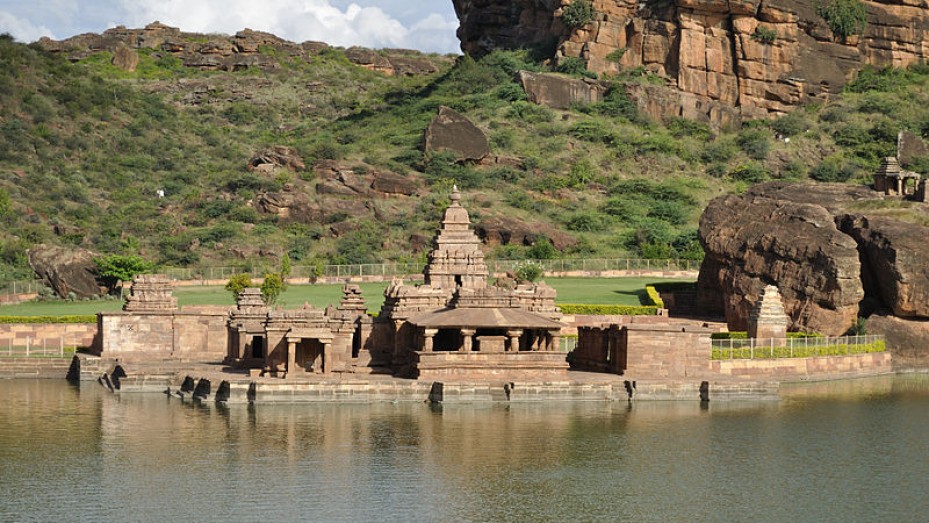 Bhutanatha Temple is one of the two major shrines of the Bhutanatha Group of Temples. This sandstone temple is extremely popular among devotees of Lord Shiva, who is worshipped here in his Bhutanatha avatar, God of Souls. The open mantapa (a hall or veranda) that stretches to the lake will remind tourists of the early South Indian Dravidian or North Indian Nagara styles of architecture.

The Badami Chalukyas are credited with building the inner shrine and mantapa in 7th century; whereas, the Kalyani Chalukyas erected the outer mantapa that is located opposite the Badami tank in 11th century. At the back of the temple, Jain figures and Lord Vishnu avatars carved in the rocks are present. This temple was constructed in the 5th century on the eastern side of the Agastya Lake, on top of a small hill; the shrine stands opposite the forts located in the vicinity.