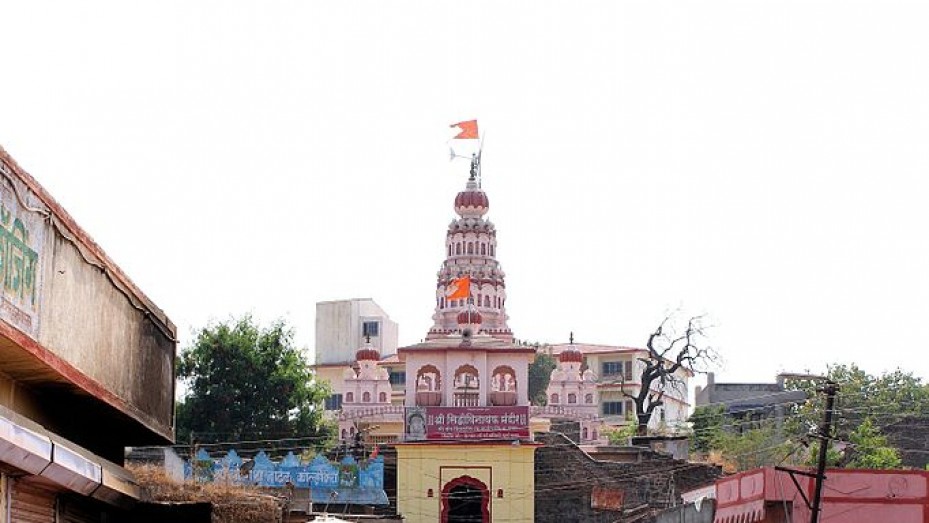 The Siddhivinayak Temple is based in the village of Siddhatek. It is one of the eight main temples of Ashtavinayak. The idol of Siddhivinayak at Siddhatek is around 3 ft tall, and unlike other Ganpatis, his trunk is turned towards the right. His face appears as calm and peaceful.

The circumnavigation around the temple – known as the Pradakshana – is firmly believed in by the pilgrims. The temple of Siddhatek is located on the river bank of Bhima. The temple is about 15 ft high and was constructed by Ahilyabai Holkar.

It is believed that Lord Vishnu received a boon from Lord Ganesh on the land of Siddhatek due to which he killed two demons and thereby achieved Siddhi.