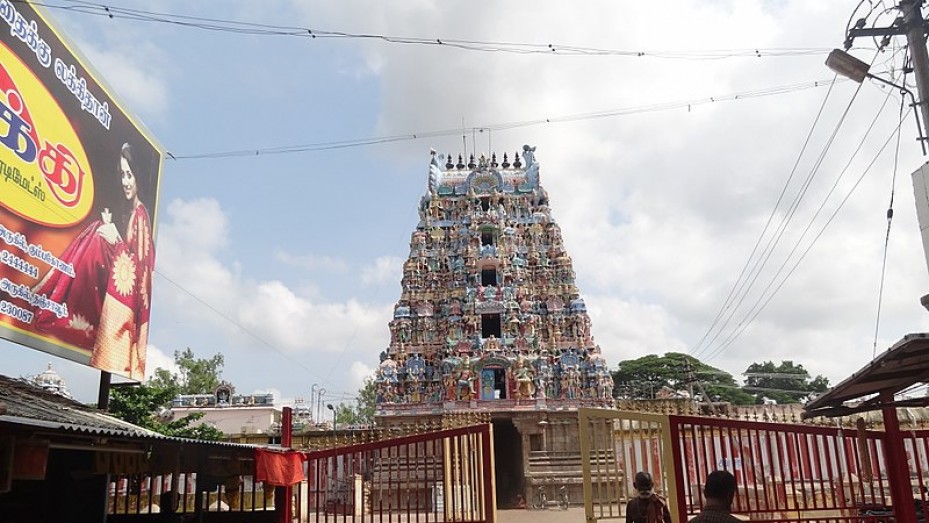 The other deities in the temple are of Lord Ganesha who is famous as “Kalangamar katha vinayagar” and Lord Dakshina Murthy known here as Brahaspati or Guru bhagavan. The temple is swarmed by devotees to offer worship to Lord Guru, or the planet Jupiter every year during the planet's transit to welcome auspiciousness and to ward off malefic planetary effects.

During this time, people offer special worship to Lord Guru. The auspicious day for Guru worship is Thursday and hence special poojas are offered on this day of the week.

The name of the place Alangudi has been derived from an old tale. It is said that during the stirring of the “Parkadal” (the heavenly ocean), the Devas were delayed by the toxic fumes of a snake named Vasuki. Thus, they prayed to God Shiva for rescue.

Lord Shiva then gulped the toxin (known as Ala Visham), thus creating the name Alangudi for this place. And the deity was called Abathsahayeswarar (the one who protects from hazard). The Devas also had to experience a horrible time by Gajamuhasuran and he was defeated by Lord Ganesha. Therefore, Lord Ganesha is idolized in this place as Kalangamar katha vinayagar.

Goddess Parvati, did penance here to tie the knot with Lord Shiva and then got married to him, and thus this place is also famous as Thirumana Mangalam.