Nativeplanet
»
Travel guide
»Incredible Places To Visit In Ayodhya In 2020

Incredible Places To Visit In Ayodhya In 2020 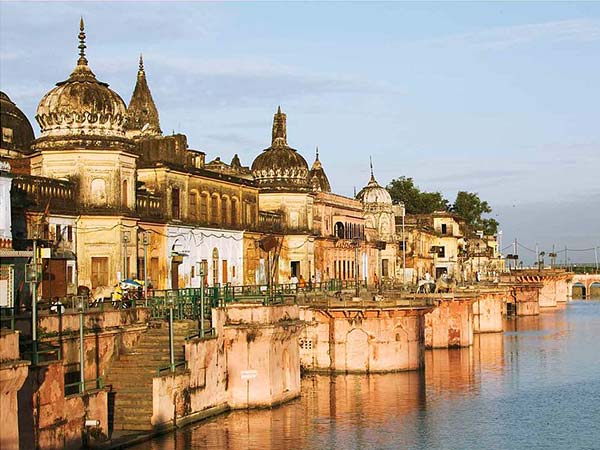 Being the birthplace of Lord Rama, Ayodhya is one of the most prominent places in Hinduism. Even though it has gone through several controversies of destroying temples and mosques, it is still one of the most sacred places in India.

Located on the banks of Sarayu river in the state of Uttar Pradesh, Ayodhya is also one of the oldest places in India which have been in existence for thousands of years. It is also known as Saket and was the capital city of the ancient Kosala Kingdom. From learning about the history of temples to exploring the beauty of its ghats, there is a lot to do within the walls of Ayodhya.

Following are some of the incredible places in Ayodhya which should not be missed by any traveller, tourists and pilgrim in 2020. So, let's learn about these significant places in the sacred city of Ayodhya.

Ram Janmabhoomi is the major tourist attraction in Ayodhya throughout the year. This site is believed to be the birthplace of Lord Rama and since then, it has been considered a pilgrimage site in Hinduism. There used to be a famous temple at this site which is said to have been destroyed by Mughal Emperor Babur, who built Babri Masjid at the same site.

Ram Janmabhoomi has been the major reason behind the Ayodhya dispute due to its destruction by the Muslim ruler and later on, the destruction of Babri Masjid by Hindus. Even though the land is the centre of dispute today, it is still visited by innumerable Hindu pilgrims every year. And is a must-visit in Ayodhya in 2020!

Hanuman Garhi is a four-sided fort which houses a temple dedicated to Lord Hanuman. Being one of the most popular shrines in Ayodhya, it is visited by millions of Hindu devotees every year. As per legends, it is believed that Lord Hanuman resided in the cave of this temple to protect Ayodhya from demons and other attacks.

You need to cross 76 steps in order to reach the main temple which has the statue of Maa Anjani, mother of Lord Hanuman, with Hanuman sitting on her lap. The temple is said to have been built by the king of Ayodhya.

Treta Ke Thakur is the temple in Ayodhya which is believed to be the place where Lord Rama performed Ashwamedha Yagya. Hence, the temple is dedicated to Lord Rama. It is carved out of black sandstones and is located at the bank of Sarayu river which flows through the city.

Today, a new temple has been built at the same site with several idols of Lord Rama and his brothers, Lakshman, Bharat and Shatrughan. So, how about a tour around this beautiful site in 2020?

Kanak Bhawan is a temple which is said to have been gifted to Goddess Sita, wife of Lord Rama, by Rama's stepmother, Kaikeyi. This beautiful temple, one of the oldest, owns several idols of Lord Rama with Goddess Sita.

You can also find numerous musicians playing tunes within the compound of Kanak Bhawan during the festive seasons. So how about exploring its courtyard and beautiful galleries in 2020?

Guptar Ghat is another must-visit place in Ayodhya due to its relation with Lord Rama. It is said that this is the place where Lord Rama drowned himself in the waters of river Sarayu and left for heaven.

Therefore, the water of this ghat is considered sacred in Hinduism. Here, you can find people taking a holy dip in the pristine waters of the river in order the free themselves of their sins and problems in life. So, why not purify your soul at Guptar Ghat in 2020?