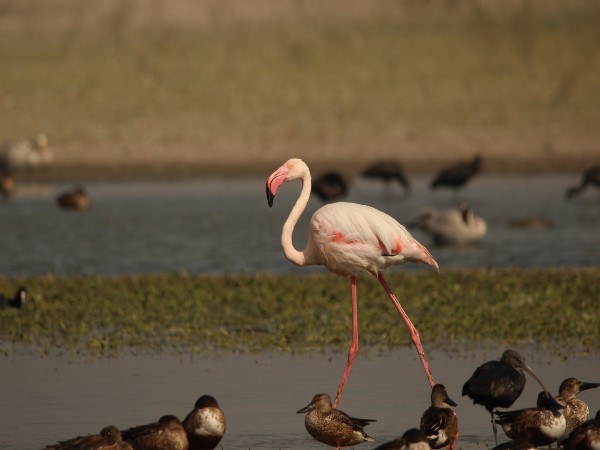 Manchester of India - Ahmedabad, doubles as both its cultural and commercial focal point, proffering travellers the chance to begin their expedition in the Saurashtra. And like every great city, it is in close proximity to a wealth of destinations, allowing locals and travellers to fully relish the state's many treasures. Capable of catering to people of all walks of life and ages, there is a multifarious range of tourist hotspots, heritage sites, lakes and natural wonders not far from Ahmedabad waiting to be explored.

Here are the best weekend getaways from Ahmedabad. Have a look!

Diu, an exquisite little city sits splendidly on the beachfront of the all dominant Arabian ocean. Ruled by many different dynasties over the centuries, the Portuguese being the most notable - a major Portuguese mark can still be seen in the way Diu functions. And if you are a history buff or an architect you will surely fall in love with this place. The foreign influence can also be noticed in the food here. Along with a wide variety of freshly caught seafood - you must try prawn biryani & prawn curry. There are a few beaches here to pick from, Ghoghla beach being one of the best - a glorious yellow sand beach, uncrowded - it's a fun & safe place to unwind & have a great time with your loved ones.

The Rann of Kutch, a remarkable site in Gujarat, is one of the most extensive salt deserts in the world. This unique place with its ethereal landscapes is a shutterbug's bliss and has in recent years become prevalent as a destination for the offbeat trip. The biggest salt desert in the world, the Rann of Kutch is indeed a sight to behold. The long period of the salty wetland is a delight to the eye whenever u visit it. With bare land that extends out toward the horizon, encircled by some fascinating villages and hills, this is one of the best weekend getaways from Ahmedabad.

Gujarat's capital, Gandhinagar is home to wonderful temples and a large number of renowned Universities. Gandhinagar showcases a perfect combo of science blended with culture. Don't miss Hanuman Temple, displaying the saffron idol; also you must visit the Akshardham, built out of 6,000 tonnes of pink sandstone and the seven-foot-tall statue of Lord Swaminarayan

Dwarka, one of the archaic cities of India, was once the abode of Lord Krishna. This fact and other ancient Hindu artefacts present here makes Dwarka a pilgrimage site for the adherents. The Dwarakadhish Temple is a predominant pilgrimage site, but don't miss to visit the Bet Dwarka Temple and Rukmini Devi Temple to get a comprehensive feel for this enchanted city. Another attraction you must not miss while in Dwarka is the lighthouse near the Gomti ghat - it is a must-see spot as it accounts to be one of the oldest lighthouses.

This heritage town can be easily visited from Ahmedabad within a couple of hours. Another illustration of the Solanki era architecture can be witnessed in the Anahilwada Patan. It is also well-known for its patola sarees and one of the most majestic step wells in India, the Rani-ki-Vav. Also south in the tiny townlet of Modhera is one of Gujarat's best-kept enigmas, a Sun Temple that rivals the more celebrated Konark temple in Odisha.

Regarded to be an artistic hub in Gujarat, Bhavnagar is notable for its silversmiths and verse in art circles, but it is the architecture that leaves an imprint here. Stroll up to the hill toward the Takhteshwar Temple for views from the city to the Gulf of Cambay, and visit the majestic seaside palace. There are many other heritage courts and palaces to see like Mangalsinhji Mahal Palace, Nilambagh Palace, Bhav Vilas Palace and many more.

Hindu Adherents flock to this pilgrimage town, home to Somnath Temple, one of the most embellished Shiva temples. Built during the Chalukya times on the Chalukya style of architecture, it echoes the mastery of Somaputra Salats. Also, you can pay a visit to the nearby Kamnath Temple. Stroll by the beach with your loved ones; just unwind and relax in the atmosphere of this peaceful and divine town.

Comments
Read more about: india ahmedabad surat
Other articles published on May 3, 2022