India during monsoon -What To Do And Where To Go 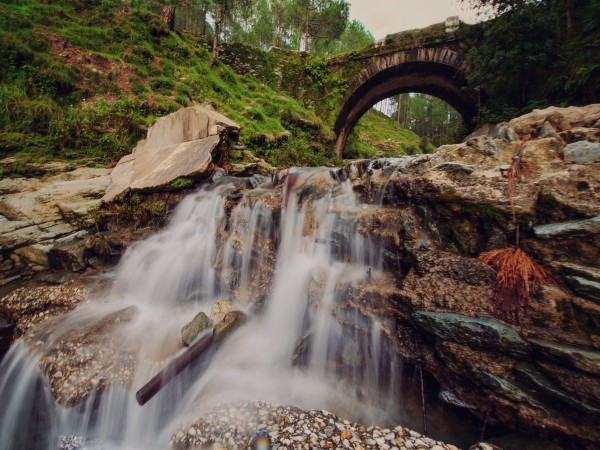 India - the Land of mystery has three distinct climates. The winter season attracts millions of tourists and travellers from around the world, each year. However, the monsoon seems to scare them away. India's sun-ridden beaches are a notable reason to visit. But there are many pros to touring India during the monsoon. Here is everything you need to know about monsoon in India.

From about November to March, India sees little rainfall and is cool.

When it rains, it pours during the monsoon in India. This is why herds of tourists flock to the country. They hope to avoid the downpours by visiting in the cool season. It is also during this time, however, that tourist attractions are at capacity with sightseers. Visitors will be shuffling between historical sites and a flood of foreigners at one of India's many temples. Or they may be struggling for their patch of sand along the coastline. In addition to avoiding the crowds, those who visit during the monsoon season will also evade inflated prices at hotels and some tourist attractions.

The hot season usually occurs through April, May, and June.

As the name suggests, this is the hottest time of the year in India. Last April, one of the hottest temperatures ever recorded in India was a shocking 40° Celsius. These months are best spent on one of India's many beaches. The heat is simply unbearable otherwise in the northern part of India.

The monsoon in India is from May end to September

Temperatures remain around 27° Celsius (about 80° in Fahrenheit), and intense rainfall hits sporadically. While the name "raining season" or "monsoon season" certainly gives the impression that those who visit during this time will be perpetually and inevitably soaked, this is not always the case. Especially in the central and northern regions of India, the rain falls at random and is not necessarily terrible to deal with.

What To Do During The Monsoon in India?

Several activities will not cut travel itineraries planned during the monsoon season. There are plenty of ways to fill your days in India, however, regardless of rain or shine. Here are the top things to see and do when it pours heavily in India, broken down by some of India's most popular cities.

Visit Udaipur, the City of Lakes

This is one of the best places to be during the monsoon in India. Many of the most epic sights find themselves outdoors, and the public transit system connects to almost all of them. Art lovers should head to the West Zone Cultural Centre. Local things to do in Udaipur include spending an entire monsoon afternoon meandering through the historical sites, and natural wonders, checking out the cool cafes and shopping at the eco-friendly stores.

Calm your soul in Pondicherry

One of the top reasons to visit Pondicherry is to find yourself in one of the many ashrams. This activity is best left for those tourists visiting on a sunnier day, however, and you should opt for something a bit drier while you are here. If you do not want to cook the food yourself, check out one of the delicious restaurants and cafes in town. Many have Wi-Fi, allowing visitors to sit, eat, and stay awhile.

Get sunkissed skin in Goa

Bikini-wearing tourists flock to this popular pint-sized state. They check out the stunning green cliffs and sunbathe on white, sandy beaches. Put the swimsuit away and realise that there are plenty of things to see and do in Goa. Goan food differs depending on the region it originated from. Those hoping to cook up something a bit spicier may want to opt for a cooking class in the south as opposed to the north. Goa is also equipped with loads of shops worth exploring, as well.