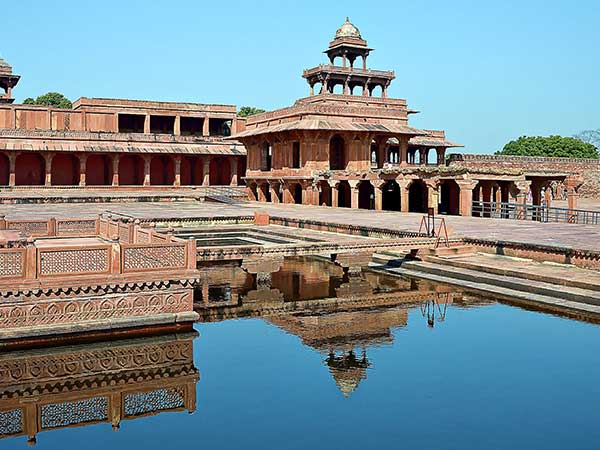 Ever wondered how India has been progressing over centuries? Well, there have been times of fluctuations and persistence in its development and prosperity since the outset of India. From the Stone Age to the today's independent India, the boundaries of the country have been changed by its rulers. The Mughal Empire is one amongst the major kingdoms which ruled India and changed the course of its growth and expansion.

Founded by Babur after defeating Ibrahim Lodi in the first battle of Panipat in 1526, the Mughal Empire flourished for over 300 years until its end by the introduction of the British Empire in India. How about visiting the capitals of the Mughal Empire and getting to know the stream of India's evolution during Mughal rule?

If you are looking forward to planning a historical trip, then here is your article. Read on and get to know more about these places.

Home to one of the seven wonders of the world, Taj Mahal, Agra was always one of the significant centres during the Mughal rule. Flourishing on the banks of Yamuna river, Agra was the first capital of the Mughals founded by Babur. Also known as Akbarabad, after the greatest ruler of the Mughal Empire, Akbar, Agra has its legends buried deep down the foundation of Mughal era buildings. Hence, it is appropriate to say that the actual history of India has its roots lying under the base of Agra.

How about exploring the past of the Mughals as well as India and getting to know its significance as a town and the capital of the Mughal Empire? The major destinations for tourists in Agra include Taj Mahal, Red Fort, Tomb of Akbar, Diwan-i-Khas, etc.

In the Agra district of India is settled a legendary town of Fatehpur Sikri, a beautiful piece of architecture and a symbol of triumph. From 1571 to 1585, Fatehpur Sikri served as the capital to the Mughals under the reign of Mughal Emperor Akbar. The city was believed to have been built after Akbar's successful campaign in Gujarat and the birth of his first son, Jahangir. Therefore, it was named Fatehpur Sikri, the City of Victory.

Today, it is one of the most-visited places in India and is one of the UNESCO World Heritage Sites. It is not possible for the tourists to visit this magnificent place and not commend its architectural and historical beauty. The major tourist attractions here include Buland Darwaza, Panch Mahal, Jama Masjid, etc.

If you are looking forward to capturing the later periods of the Mughal Empire and their weak emperors, then Shahjahanabad is the ultimate destination for you. From Jama Masjid to Red Fort and Zeenat Mahal to Chandni Chowk, Shahjahanabad has a lot in store to be explored by its visitors.

Today, it is one of the alpha cities in the world and is considered as the major city of Pakistan on account of its political and historical significance. The major tourist attractions in Lahore include Lahore Fort, Wazir Khan's Mosque, Tomb of Jahangir, Shahi Hammam, etc.

Comments
Read more about: india travel vacation mughals weekend
Other articles published on Feb 5, 2018
We use cookies to ensure that we give you the best experience on our website. This includes cookies from third party social media websites and ad networks. Such third party cookies may track your use on Nativeplanet sites for better rendering. Our partners use cookies to ensure we show you advertising that is relevant to you. If you continue without changing your settings, we'll assume that you are happy to receive all cookies on Nativeplanet website. However, you can change your cookie settings at any time. Learn more
Change Settings Continue