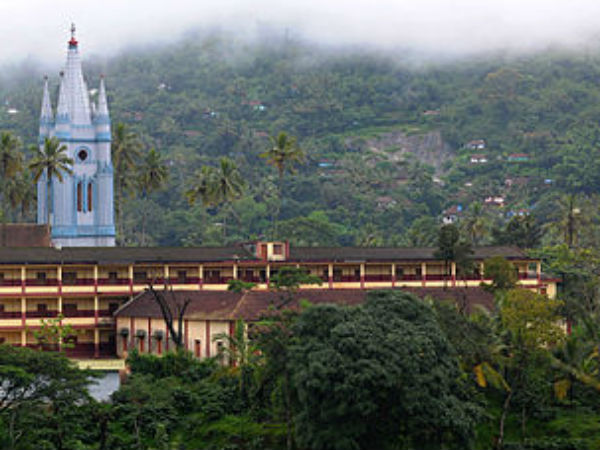 Coorg is one of the most beautiful and popular hill stations not only in Karnataka but also the entire country. It has gained immense popularity amongst international tourists too. Therefore, it remains crowded throughout the year. So, how about ignoring this overexplored and crowded station and exploring its unknown surroundings? If this idea fascinates you, then you must plan a trip to the historic town of Virajpet which is located in the midst of lush green hills near Coorg. This hidden town will certainly provide you with several everlasting memories. Well, read on and learn in detail about Virajpet, its history and surroundings and how to reach it.

Even though the region in and around Virajpet experiences a bearable climate throughout the year, the best time to visit it is from October until the end of February. This is the period when the climatic conditions are favourable, and hence you can explore its beauty in a comfortable atmosphere.

The History And Surroundings Of Virajpet

Virajpet is a small town in the Kodagu district of Karnataka and is located at a distance of about 25 km from Coorg. Hence, it makes for a great weekend getaway for those who are looking forward to exploring new places around Coorg.

As per historical records, the town is named after Virarajendra, a king of the Coorg Kingdom who founded Virajpet in the late 18th century. However, the human settlement in Virajpet dates back to thousands of years. The region has also been ruled by several other dynasties in the past, including the Gangas, the Chalukyas, the Hoysalas and the Rashtrakutas.

Today, Virajpet is a town of historical as well as natural importance and is mostly visited by offbeat travellers and locals. As it is surrounded by beautiful lush green hills, it makes for an ideal weekend stoppage to relax and chill. Virajpet is also known for its coffee and spice plantations. Did you know that it is the largest honey producer in Asia?

Why You Must Visit Virajpet

Virajpet is a destination for those who always look forward to discovering and savouring new places. It is home to historical sites as well as scenic spots, and hence a weekend spent within its boundaries is always wonderful. The major places here include Ayyappa Temple, St. Anne's Church, which is one of the oldest churches in the district and dates back to 220 years and the Clock Tower.

The prominent place around Virajpet for which it has gained popularity amongst trekkers is the towering hill of Tadiandamol, which has an elevation of about 5,735 ft. So, don't you think all these tourist attractions would make your trip to Virajpet worth remembering?

How To Reach Virajpet

By Air: The nearest airport to Virajpet is located in Mangalore at a distance of about 170 km. Once you are within the boundaries of Mangalore, you can either hire a taxi or catch a bus to Coorg. From Coorg, you can use any public transport to reach Virajpet.

By Rail: The best way to reach Virajpet by rail is by catching a train to Mysore railway station. Once you have reached Mysore, you can either hire a cab or take a bus to reach Virajpet. The distance between Virajpet and Mysore is 78 km.

By Road: Being a significant town in the Kodagu district, it is well connected to other cities and towns by road.