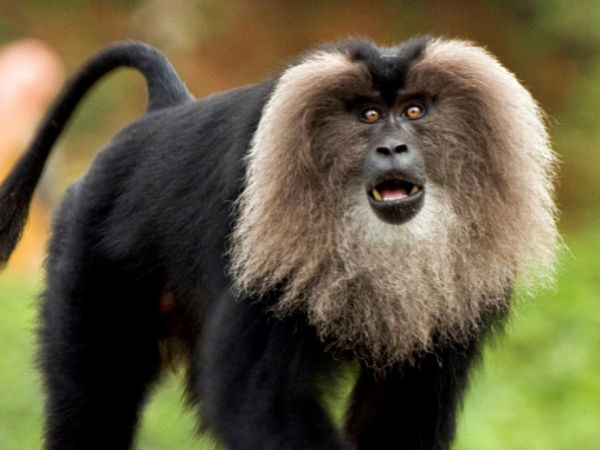 Monkeys!! We humans have a different bond with them, don't we? In fact, monkeys are given a divine status in Hinduism. Although they are known for restlessness and naughy behaviour, we still find monkeys interesting. Fortunately, India is a home to many species of monkeys. Since these monkey species are only found in certain places, not many are aware of them. So, here is an article on unique monkeys at wildlife destinations of India.

Interestingly, World Monkey Day or International Monkey Day is celebrated on December 14th every year. This was an initiative to promote awareness about the protection of monkeys and other primate species around the globe.

Let us get going!

Capped Langurs are mainly found in North Eastern India. You can find them in Nameri National Park in Assam and Pakke Wildlife Sanctuary in Arunachal Pradesh. Capped Langurs live in small groups and are primarily vegetarian.

Hoolock Gibbons are the only kind of gibbons found in India. They are primarily seen in the North East India. Hoollongapar Gibbon Sanctuary in Assam is the only protected reserve for these species in India. Gibbon Wildlife Sanctuary is also famous for the Bengal Slow Loris.

Lion Tailed Macaques are endemic to the Western Ghats of South India. Unfortunately, they are also endangered animals. You can see them at Kalakkad Tiger Reserve and Silent Valley National Park.

Gee's Golden Langur are unique looking and they are some of the most endangered species. They are found only in Assam and are considered sacred by Himalayan people. You can see them at Manas National Park and Chakrashila Wildlife sanctuary in Assam.

Bonnet Macaques are the most common monkey species of South India. You find them even in cities as well as wildlife destinations. Go to Bannerghatta National Park in Bengaluru to see them strolling around every where!

The Common Langur or the Grey Langur is found in many parts of India. They have grey fur with a black face. In South India, the Grey Langurs are seen in the Western Ghats. Mudumalai National Park is home to many Hanuman Langurs.

Rhesus Macaques are spread across many regions of India and several other countries.They live in big groups and are one of the most familiar monkeys in India. Rhesus Macaques can be seen in cities, villages and wildlife places. Kinnerasani Wildlife Sanctuary is a home to many Rhesus Macaques in Andhra Pradesh.

Arunachal Macaques are native to Arunachal Pradesh. They main live in high-altitudes and dense forests. They are brown in colour and live along with groups. Eaglenest Wildlife Sanctuary is home to many Arunachal Macaques.