Travel To The Beautiful Pune City – Oxford Of The East 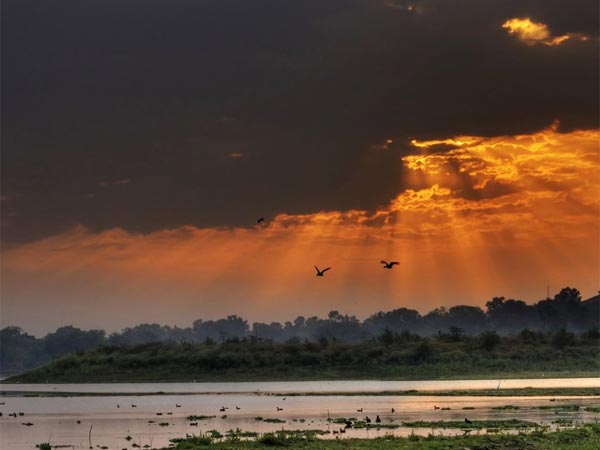 Pune is a city that strikes a balance between history and the modern-day India. It is culturally rich with heritage of mainly the Marathas such as the Shaniwar Wada, but now the city is filled with many top colleges of India, making it a hub for youngsters.

Due to this, the city is fondly known by the nicknames of "Oxford of the East, "College Town of India" or "Cultural Capital of Maharashtra". The city is gifted with flanks of green landscapes, hills lakes and waterfalls of the Western Ghats mountain ranges.

It is the second largest city of Maharashtra, settled on the right bank of river Mutha. It used to be the capital of the royal Maratha Empire. Pune is derived from the word Punyanagar which literally translates to "The City Of Virtue". Located just about 150 km from Mumbai, Pune makes for a fantastic weekend getaway destination.

Pune has relatively pleasant weather throughout the year. However, tourists mostly visit Pune during the winter months of October to February due to its cool climate. Monsoon rains could interfere with commuting within the city.

Route From Mumbai To Pune

The distance between Mumbai to Pune is 149 km which will take 2 h 45 min to be completed.

Read about the different places to stop at on the way to Pune.

Things To Do At Navi Mumbai

Navi Mumbai is the first place you'll encounter once you leave Mumbai. Located 22 km from Mumbai, there are quite a few things you can do at Navi Mumbai. If you're on a bike riding trip from Mumbai, then you must definitely hit the Palm Beach Marg which is a 10 km stretch that connects Vashi and Belapur.

The vistas changing from tall commercial buildings to beaches and lush green is simply fascinating! You can also stop here for some delicious Mahrashtra-style breakfast.

Pandavkada Falls located in Kharghar, a suburb of Navi Mumbai, is a place of interest that can be visited here.

Going 15 km off-route from Panvel Bypass Road on the National Highway will take you to the Karnala Fort as well as bird sanctuary, located in Panvel. Karnala Fort is a small hill fort that was built due to the importance of its strategic location, which overlooks the Bor Pass that connected Konkan Coast to Maharashtra.

Karnala Bird Sanctuary is found at the foothills of Karnala Fort. It is home to almost 150 species of birds and is a beautiful place covered with lush green. Birds like King Vulture, Peregrine Falcon, Serpent Eagle, etc., can be found here.

After passing Panvel on the Mumbai-Pune Highway at about 38 km distance, the Imagica Theme Park is located right beside the highway. This park is perfect for the entire family with rides that available exclusively for kids and the whole family.

Thrilling rides such as "Dare 2 Drop", "Deep Space" can be played. The children can also meet many fictional characters such as The Gingerbread Man or view street events and performances.

Located 26 km from the theme park, Lonavla is a favoured hill station, mostly amongst tourists of Maharashtra. Lonavla is gifted with many places of tourist attraction.

Tiger's Leap is a breathtaking viewpoint which is perched at a height of 2,100 ft. Hikers love this point since its a perfect place for trekking. Bhushi Dam and Pawna Dam are picturesque places surrounded by lush forests. Monsoon enhances the beauty of these places since the dams will be rain-fed.

Tungarli Lake, Rajmachi Fort, Lion's Point are some of the other places of interest at Lonavla.

Kamshet is a well-known paragliding spot, located just about 20 km from Lonavla. This hill station is particularly a favoured destination among the adventure buffs because it is one of the few places in India that offers paragliding!

Shinde Wadi Hills is the point of take-off for paragliding. If the idea of floating in the air doesn't sound fun to you, then you can trek the Shinde Wadi Hills. Bedsa Caves and Pawna Lake are the other places that can be visited here.

Read further about the places to visit in Pune.

About 47 km from Kamshet lies Pune, the final destination of this road trip. As mentioned, the cool and fine city of Pune has many places of interest. Aga Khan Palace is one of those famous places that cannot be missed.

Aga Khan Palace which was originally built by Sultan Muhammed Shah Aga Khan III was later used as a prison for Mahatma Gandhi and his wife during the independence.

The rock-cut cave of Pataleshwar belongs to the Rashtrakuta period, back in the 8th century. This magnificent temple which is dedicated to Lord Shiva, is made of Basalt rocks.

The temple used to be out of city limits but now has been declared as protected monuments by the government. The temple is usually crowded with devotees during festivals like Maha Shivrathri or Shiva Jayanthi.

Shaniwar Wada is a fort that used to be the seat of the Peshwas during Maratha Empire. This mighty fort was built in 1732 and was under the reign of the Marathas, until it was taken away from them by the British in 1818.

Formerly, the fort was a seven-storey building, but now due to severe damages during the British attack, 6 storeys collapsed leaving only the stone base of the fort.

The remains still reflects its grand architecture. Many Bollywood movies have been shot at this location, with the recent one being Bajirao Mastani.

Dagadusheth Halwai Ganapati Temple is a popular temple dedicated to the Hindu Lord Ganesha. The temple which is over a 100 year old is decorated with nearly 8 kg of gold!

Vinayak Chathurthi which is the celebration of Lord Ganesha's birth is the biggest celebration that takes place in this temple. Devotees from all over the country travel to Pune to visit this temple, especially during the festive season.

Parvati Hill is a sought after destination, mostly by youngsters and adventure buffs since it is an enormous hill with an elevation of almost 2,100 ft. The peak offers a fantastic view of the entire Pune city.

People come here to escape the city life and spend some tranquil, quality time. A temple of Devdeveshwar can be found on top, which is completely made of black stone.

Also known as Katraj Snake Park, it is an extensive place that is spread over 130 acres and divided into three main sections of a zoo, snake park and an orphanage for animals.

You will find a 13 ft King Cobra in the snake park, one of the popular attraction of the place! The park is open from 9 AM to 5.30 PM everyday.

Other Places Of Interest In Pune

Pune has so much more to offer! Shivneri Fort, the birth place of Chhatrapati Shivaji Maharaj, Osho Ashram, Pu La Deshpande Garden, Bund Garden are some of the many other places in Pune that must be visited.