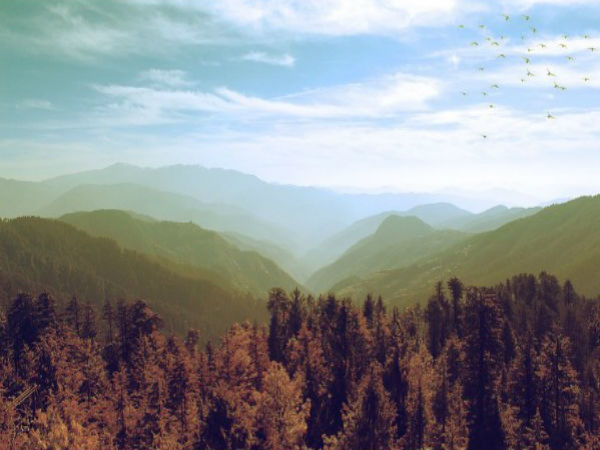 The capital city of Delhi is still stumbling under the effect of smog, and the winter fog is just not making things better. However, Delhi finds its place close to some of the well-known hill stations, jungles, historical places and much more. There is a destination for every kind of traveller around the city.

While the city itself is a major holiday destination, filled with a large number of historical monuments, the residents of Delhi prefer to head out of the city and enjoy the beauty of various other locations across the country over a weekend and get back to the city completely rejuvenated and full of energy. Have a look at some of the winter holiday destination from the city of Delhi and make up your mind to head out to one of them.

Naukuchiatal is a tiny lake hamlet which is a destination for those who come seeking tranquillity and peace under the watchful eyes of Mother Nature. The place is well known for its nine-cornered lake, which measures 1 km in length and 40 m in depth.

Situated close to the popular hill station of Nainital, this tiny hamlet also has an interesting legend attached to it. The legend says, if one could get a glimpse of all the nine corners of the lake while standing at its banks, it would make the person vanish into thin air and attain salvation.

If you are looking forward to a spiritual winter break, head to the epitome of Sikhism, Amritsar. The spiritual city is located within 500 km from New Delhi and is one of the most sought-after getaways from the capital.

One would find thousands coming every single day to the Golden Temple to find peace with god and to relish the delicious culinary delights of the city.

Located off the Kullu highway, Shoja is an offbeat destination which is part of the Great Himalayan National Park which is know to very few.

A beautiful place filled with natural beauty and apple orchards, the serenity found here is simply captivating. Shoja is a perfect escape for those who want to escape from the monotonous life of Delhi and is a place which would completely rejuvenate your body and mind.

A half-day drive from the city would take you to the well-known Khajuraho Group of Monuments in Madhya Pradesh. The place is filled with beautifully carved temples, which date back to the Chandel dynasty, and has plenty of things to see and do.

Do not restrict yourself to the monuments here; head to the nearby waterfalls of Raneh and yet another historical town of Orchha, which is home a number of historical sites.

The chilly mountain breeze and the beautiful apple orchards, which form the landscape, is Shimla, a destination you would want to visit again and again.

One can spend a day at the charming Mall Road, the ancient Jakhu Temple and the churches, which date back to the colonial era. Kufri and Chali are other delightful places located close to Shimla that are equally beautiful.

One of the most well-known skiing destinations in the country after Gulmarg is Auli. Come winters, Auli is filled with eager skiers who would put on their gear and ski away to happiness.

The place is the destination for adventure skiers and adventure sport enthusiasts. When here head for a ride in the Gondola cable car or head out for a trek through the oak forest and watch the beautiful sunrise from the tallest peaks here.

Comments
Read more about: travel india nature hill stations monuments heritage sites shimla
Other articles published on Dec 7, 2017
We use cookies to ensure that we give you the best experience on our website. This includes cookies from third party social media websites and ad networks. Such third party cookies may track your use on Nativeplanet sites for better rendering. Our partners use cookies to ensure we show you advertising that is relevant to you. If you continue without changing your settings, we'll assume that you are happy to receive all cookies on Nativeplanet website. However, you can change your cookie settings at any time. Learn more
Change Settings Continue