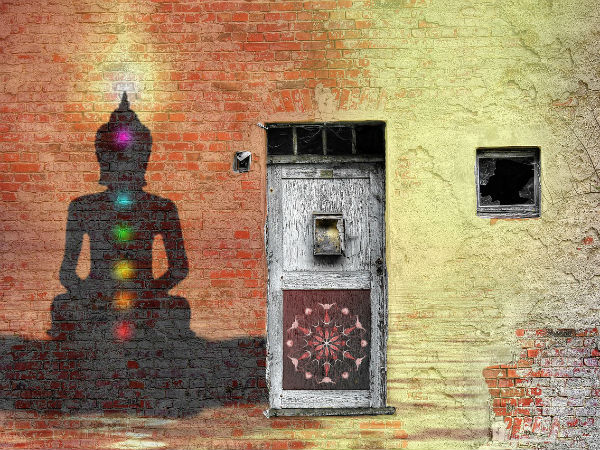 The sedentary lifestyle in cities, the monotony of a day job and the hustle and bustle of the traffic can be really tiresome. But we are glad that we have a country like India that has a solution to everything. The age-old sages in India founded and studied nature and developed natural treatments to heal the human body. It is fascinating to know how far we have come but the sages were faster. Anyway, the study of Ayurveda has now developed and is recognised globally. The world now understands the value of nature and understanding the internal thought process of the mind rather than outside discomfort.

That is why yoga and Ayurveda are evolving at a rapid pace these days. People from all across the world come to India to heal, to experience the power of Ayurveda and to understand yoga. The world is changing and India is ever-evolving.

In India, we have the blessing to enjoy Ayurveda retreats on a flight's notice. And unlike other people, we don't have to take a 10-hour flight to reach these hubs. We have mentioned three of the best Ayurveda hubs recognised worldwide. So next time you're going to any of these places, you won't miss their massage or a yoga session.

This is where it all started. Kerala has stood tall against time and has kept its age-old traditions ongoing and alive in 2018. Now the works of Kerala's Ayurveda treatment and massage are known worldwide. People from all across the world visit Kerala to explore and try Ayurveda.

Earlier started as a tradition, it is now a booming business... This attracts huge revenue for the state. Tourists from all over the world who visit Kerala at least take one massage before leaving the place for good. Kerala has become the Ayurveda heaven in the country.

As the lifestyle is changing and people are becoming more concerned about their lifestyle choices, people are trying Ayurveda treatments more and more. Kerala massage nooks offer a variety of services. Be it the regular oil massage or Shirodhara or some kind of a treatment, Kerala has got it all.

They have been studying the power of herbs and nature for the longest time and that's why Kerala is number one on our list. In the south of Kerala, you will find one of the best Ayurveda retreats. Here people come to get treated for diabetes, fluctuating blood pressure, arthritis and other blood-related conditions.

The treatment has known to cure millions of people. Starting price for the massage is 1500-2000 INR.

Next in the line is the yoga capital of the world: Rishikesh. Yoga and Ayurveda go hand-in-hand; the study of yoga involves exploring Ayurveda as well. Nature and the elements of nature that can help cure our thoughts and body have been very important to retreats in Rishikesh.

People from all over the world come to Rishikesh to study Ayurveda and yoga and become qualified to teach it in the western countries. The power of Ayurveda is immense and that's why it has been spreading all across the world. The treatment or a yoga experience here is a blissful journey as it is housed in the lap of the Himalayas and it is located right next to the river Ganges.

The serenity and tranquillity of nature make one calmer and composed. There are many retreats in and around Rishikesh. Yoga pavilions, landscaped gardens and the breathtaking Himalayan valleys are enough to lure people to get the best out of the Ayurveda retreats here.

The interesting thing about these treatments is that they highly consider the Himalayan temperature so you'll find a very different approach compared to what is used in Kerala. Kerala massage involves using a lot of oil, but here, the oil is used less and the massages are slow and in sync. If you are taking a month program, they will provide you with a balanced diet and suggest you take in a lot of water and meditate.

The cost of each program varies as per the services involved but whatever is the price, after a month spent doing yoga and getting Ayurvedic massages in the middle of the Himalayas, we are pretty sure it will turn out to be a satisfying experience.

Next on the list is Goa. Yes! You heard us. Goa is also quite popular when it comes to Ayurveda. It is interesting to note that a city known for a loud nightlife and drunken people on the beach has an entirely different side to it. Goa has evolved over the years in every sphere. It has developed a side that appreciates art, culture and meditation and evolving Ayurveda tourism.

In fact, it serves the best location for an Ayurvedic hub: the coconut trees, the beach lines and the Mandovi river crisscrossing its way through the state lend it the perfect Ayurveda vibe. We have found that here people have even started studying vaastu shastra, i.e., the study of placing home elements as per the energy.

As compared to the retreats of Kerala and Rishikesh, Goa is still developing but since Ayurveda emerged in Goa, they are trying out new techniques and exploring new forms to incorporate into their study. So next time you head to Goa, make sure you try out one of these retreats and give yourself a break from the loud nightclubs and drunk driving.