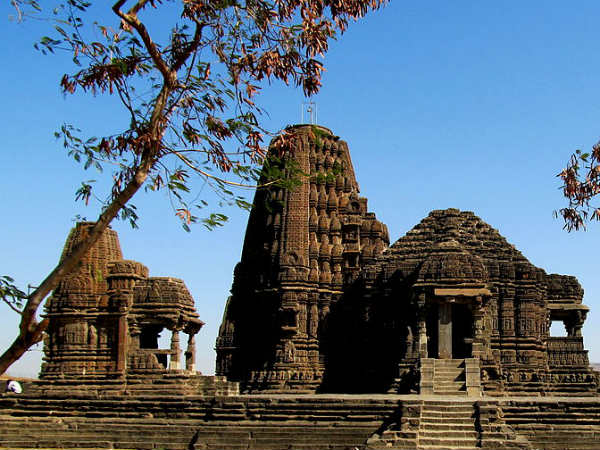 Lord Shiva is considered as the supreme power in Hinduism and hence, you can find temples dedicated to him in each and every corner of India. You can also spot several Shiva temples even in the foreign countries. This absolutely showcases his importance amongst Hindus. How about exploring the beauty of Shiva temples in Maharashtra? These temples are known for their religious as well as historical significance and hence, they are equally popular amongst history lovers and Hindu devotees. Wouldn't you love to behold the beauty of such great monuments? Some of them are also considered as pilgrimage sites and hence, they are visited by millions of tourists every year. Read on to know more about these Shiva temples in Maharashtra and their respective locations.

Located at Sinnar in the Nashik district of Maharashtra, Gondeshwar Temple has its history dating back to the Medieval Period of India when the region of Nashik was under the control of the Yadava dynasty. Built out of black stone and lime, this beautifully designed and architecturally built temple is no less than a wonder.

Gondeshwar Temple is a complex of five Shiva temples, all of which are built over a raised platform and boast of a commendable structural formation. The main temple is dedicated to Lord Shiva while the other four temples are dedicated to Lord Ganesha, Goddess Parvati, Lord Surya and Lord Vishnu.

With beautiful patterns all over the walls, this historic complex has a lot on offer for you. On one hand, you can explore the history of the temple and on the other hand, you can feel the presence of divinity inside its sanctum.

Located in a small village named Vangaon in the Palghar district, Shiv Mandir is one of the oldest temples in the region and is believed to have been worshipped for centuries. Even though the exact history of the temple is still unknown, it is said to have been constructed in the early 19th century.

However, no evidence to prove its formation has still been found. As per local legends, the Shivalinga placed inside the temple was created when Lord Shiva took the form of a juggler in order to take Lord Hanuman to meet Lord Rama thousands of years ago.

Therefore, the temple is considered as a site of great religious prominence. Today, it is visited by Hindu devotees and tourists from all over the district. You can also visit this historic temple to savour its peaceful environment and divine aura.

One of the most popular Shiva temples in Maharashtra, Trimbakeshwar Temple is located at Trimbak in the midst of three beautiful hills, namely, Brahmagiri, Nilagiri and Kalagiri. The temple is one of the twelve Jyotirlingas in India and hence, it is considered as one of the significant pilgrimage sites amongst Hindus, especially Shaivites.

The temple houses a sacred pond which is believed to be the origin of Godavari river. As per historical records, it was built by Balaji Baji Rao in the early 18th century and since then, it has been a major worshipping site in the region.

Today, it is frequented by millions of tourists from all over the country every year. Apart from exploring its religious and historical significance, you can also indulge in savouring the beauty of its enthralling architecture.

Rested on a small hillock in Mumbai, Babulnath Temple is dedicated to Lord Shiva in the form of the lord of babul tree and is believed to be one of the oldest temples in Mumbai. Apart from Lord Shiva, you can also find the idols of Lord Ganesha, Lord Hanuman and Goddess Parvati.

All these idols were consecrated during the 12th century. However, the current building of the temple was constructed in the late 18th century. The temple witnesses millions of locals and Hindu devotees every year. You need to climb up a flight of stairs to reach the main temple.

If there is any temple in Maharashtra which is visited mostly by history lovers, then it is certainly Kailasa Temple at Ellora. It is one of the popular rock-cut cave temples in the world and is carved out of a single rock.

The temple is believed to have been built during the 8th century under the reign of the Rashtrakuta Empire. Due to its incredible architecture and remarkable size, it is a must-visit temple for every traveller and tourist. Therefore, you should not miss out on exploring its beauty.