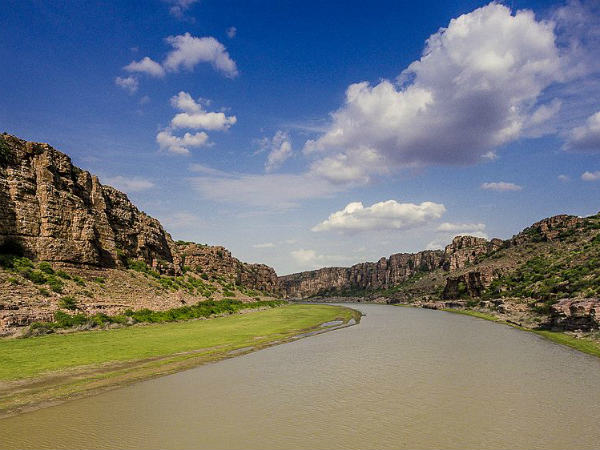 Located in the state of Andhra Pradesh and flourishing in the midst of the Eastern and the Western Ghats, Kadapa is a beautiful district popular for its natural surroundings and historical places. As it has a history stretching back to the Cholas and the Vijayanagara Empire, it is a significant site of historical importance in the state. On account of the presence of several age-old temples and highly revered holy sites, it is also considered as a place of great religious prominence. Today, Kadapa is a popular tourist destination in Andhra Pradesh and is home to hundreds of destinations which allure travellers from all over the country.

However, it is mostly famous amongst locals and offbeat travellers. How about visiting its beauteous spots and popularising them? Kadapa is easily accessible by rail and road. Following are the major places in the district which make it an ideal stoppage for travellers. From temples to forts and rivers to lakes, there is a lot to witness within its boundaries.

The idol placed inside the temple is said to have been established by Kripacharya, a popular sage during the time of the epic Mahabharata. Therefore, the temple is considered as a pilgrimage site amongst several Hindus.

A small village at a distance of about 90 km from the main city of Kadapa, Gandikota is located on the banks of Pennar river and was once a significant centre during the Pemmasani Kamma dynasty, who ruled the region for more than 300 years. Therefore, today, it is popular amongst locals and offbeat travellers for historical sites.

It is nestled peacefully in the midst of beautiful hills and rich forests. Recently, it has also gained popularity on account of Gandikota gorge, which is also known as the Grand Canyon of India. The major places here which can certainly charm you include Gandikota Fort and Gandikota Canyon. You can also explore the gorgeous banks of Pennar river.

If you love wildlife photography or always look forward to capturing the beauty of rare and endangered species of animals and plants, then Sri Venkateswara National Park should be your destination while in and around the region of Kadapa.

Established in the year 1989 and spread over an area of about 353 sq km, this richly diverse national park has in store a lot to explore, ranging from endangered species like Asian elephant to the panoramic beauty of the Eastern Ghats and deep echoing valleys to lush vegetation. Therefore, it makes for a perfect weekend destination for every nature lover and photographer. So, what do you think of a visit to this enthralling expanse and framing its beauty?

Vontimitta is a small town in the Kadapa district and is located at a distance of about 25 km from the main city and is immensely popular for Kodandarama Temple, which is one of the oldest temples in the region and dates back to the 16th century. The temple is a site of national importance and hence it is visited by thousands of tourists every year.

Do you know this temple was built by two robbers named Vontudu and Mittudu? Yes, in order to repent for their sins, they built this temple dedicated to Lord Rama and soon after they were done with the structure, they turned into stones. Therefore, the temple is also a popular site amongst history lovers.

If there is any place in Kadapa district which shouldn't be missed by any traveller, then it is certainly Pushpagiri, which is home to several temples dating back to the period before the Common Era.

Pushpagiri Temple Complex is said to have been established during the 7th century BCE. However, there are several local legends related to its formation. One claims it to be formed during the Treta Yuga when Lord Rama worshipped Lord Vaidyanatheshwara here.

The temple complex is located at a distance of about 20 km from the centre of Kadapa and is visited by thousands of travellers every year. The major temples here include Chennakesava Temple and Indranatha Swamy Temple. 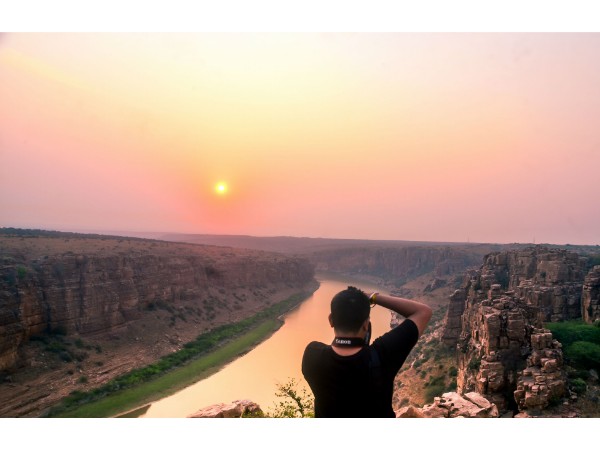 Most Read: Travel To The Grand Canyon Of India At Gandikota!!