Top 5 Most Visited Museums In Bihar 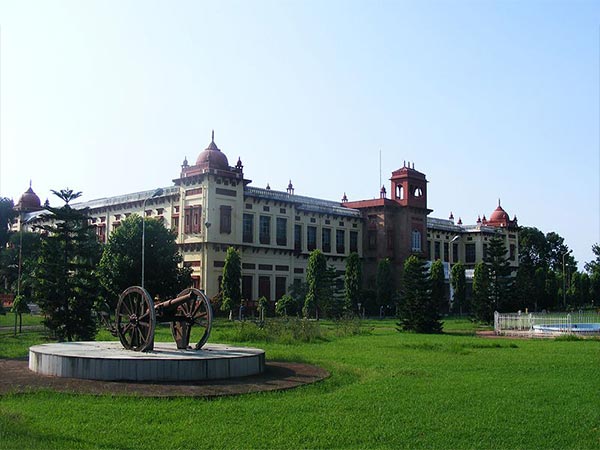 When it comes to the prehistoric times of India, Bihar is one of the most prominent places to be mentioned. Being one of the oldest living places in the world, Bihar is home to numerous ancient buildings and monuments which date back thousands of years. It is also known for its rich culture and heritage, and the presence of ancient sites all over the state prove the fact.

How about exploring the rich history, culture and heritage of the state? Well, if you are looking to witness the invaluable pieces of ancient times and desire to learn about the evolution of human beings during the modern era, then you must visit these museums in Bihar, where you can learn a lot about the prehistoric era and the modern times with science.

Established in 2015, Bihar Museum is an art museum which is quite popular amongst children and is located in the capital city of Patna. From an orientation gallery to history galleries, Bihar Museum comprises seven grand galleries with exhibits on several themes and subjects. Each and every gallery is spread across large halls and is huge enough to explain the respective subjects clearly.

Being one of the largest planetariums in Asia, India Gandhi Planetarium attracts millions of visitors every year. It is located inside Indira Gandhi Science Complex and was built in 1993. The major speciality of this stunning planetarium is that it uses the traditional procedure of optomechanical projection to show films rather than using modern-day advanced projectors.

You can watch several movies on astronomy and learn in detail about how the solar system works. It also holds certain exhibitions from time to time in order to attract visitors who are always curious about the mysterious functions of the world.

Patna Museum is one of the most popular museums in India and houses several ancient relics which were found during the excavation of several sites in Bihar. It was established in 1917 during the rule of the British and since then, it has been attracting every history lover and curious visitor, who come here to learn and explore the rich culture and heritage of the state.

From archaeological objects to brick sculptures and terracotta images to ancient paintings, there are thousands of things which will certainly provide you with the bigger frame of the state. Even though several artefacts have been shifted to Bihar Museum, there are still innumerable objects to study to understand their beauty.

You can also witness the beauty of a 200-million-year-old fossil of a tree which is on display inside the Patna Museum. If you are looking to see some priceless possessions of the state, ranging from the sacred ashes of Gautam Buddha to the Didarganj Yakshi statue, then you must not miss visiting Patna Museum.

Jalan Museum is one of the few private museums in India and was built in 1919. It houses a huge collection of more than 10,000 objects, ranging from porcelain and glass to stone and terracotta. As it is the private residence of the Jalan family, you need to book an appointment before 48 hours of your visit.

Also known as Qila House, it is built in English and Dutch style of architecture and hence, it also attracts several architecture enthusiasts. Most of the objects in Jalan Museum belong to the modern era and hence, you can also find a nice collection of European art objects.

It is a science museum and was established in 1978. It holds several galleries on different science topics regarding physics and maths. This innovative centre was built for students to make them learn science and its mystery in a fancy and playful manner.

By watching 3D shows on science topics to understanding several experiments practically, you can definitely learn in detail about the basic things of science. A new gallery has also been introduced which showcases the beauty of science through the concepts of colours, images and mirrors. You can also visit the Jurassic Park, which has several moving dinosaurs.

Comments
Read more about: india travel bihar patna museums
Other articles published on Mar 23, 2018
We use cookies to ensure that we give you the best experience on our website. This includes cookies from third party social media websites and ad networks. Such third party cookies may track your use on Nativeplanet sites for better rendering. Our partners use cookies to ensure we show you advertising that is relevant to you. If you continue without changing your settings, we'll assume that you are happy to receive all cookies on Nativeplanet website. However, you can change your cookie settings at any time. Learn more
Change Settings Continue