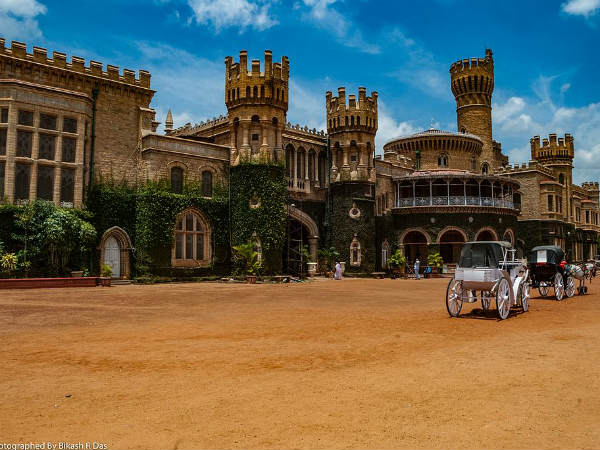 As per historical records, Bangalore dates back to thousands of years, before the Common Era, and hence, it is believed to be one of the oldest places in Karnataka. However, the current settlement of Bangalore was founded by Kempe Gowda, a ruler under the Vijayanagar Empire, during the early 16th century. Since then, this beautiful city has been flourishing swiftly. Even though it has been developed into a metropolitan city today, you can still find its natural beauty intact and that is the major reason behind its popularity amongst all kinds of tourists from all over the world.

From modern amenities to natural sites and archaeological wonders and historical monuments, it has everything to allure all kinds of travellers. How about visiting its historical monuments this season? These monuments showcase the rich history and culture of the city. So, let's move ahead and learn in detail about these incredible monuments in Bangalore.

It's not what it looked like back in the 1530s when it was constructed by Kempe Gowda, the founder of Bangalore. Do you know Bangalore Fort was built out of mud before it was replaced by stones? If not, then let us tell you in detail about this marvellous beauty which still stands strong amidst the busy streets and towering buildings of Bangalore.

After Bangalore was captured by Hyder Ali, the ruler of Mysore Kingdom, he decided to renovate this mud fort and replace it with stones. With monumental gates, tough walls, strong bastions and awe-inspiring arches, Bangalore Fort served as a major citadel to the Kingdom of Mysore and was used by Tipu Sultan in the later years.

Even though most of the parts of Bangalore Fort are in ruins, the area of Delhi Gate is still intact and is visited by several history lovers. You need not buy any ticket to enter it. You can also find the walls of the fort adorned with several beautiful patterns and drawings.

Located near Kalasipalyam Bus Stand in the midst of Old Bangalore, Summer Palace is one the most beautiful architectural works by Tipu Sultan. Hence, it is also sometimes referred to as Tipu Sultan's Summer Palace. This beautiful palace is actually a replica of the original one, which is built in Srirangapatna at a distance of about 125 km from Bangalore.

Completed in the year 1971 and surrounded by a beautiful garden, it is one of the most visited historical monuments in the city. With beautifully carved pillars, colourful walls decorated with flower patterns and wonderfully designed arches, Summer Palace is one of its kind in the entire state. Do you know that it maintains a symmetrical pattern on the eastern and western sides? Isn't it an interesting place which should be explored by every architecture enthusiast and history lover?

Overlooking Ulsoor Lake and the region of Bangalore Race Course, Mayo Hall is a beautiful structure and is decorated with arches, pillars, wooden floors and chandeliers. It is a two-storey building and is currently serving as a government office.

Mayo Hall was built in the 1870s in the loving memory of Lord Mayo, who was the viceroy of India and was assassinated by a prisoner on his trip to Andaman and Nicobar Islands. Today, the buildings stands tall and strong and certainly narrates its history of formation and survival. If you are an ardent fan of history, you should not miss out on this commendable artistry.

The most recognised ancient marvel and one of the most beautiful historical monuments in Bangalore, Bangalore Palace was built in the year 1878 as a stay for Mysore King Chamarajendra Wadiyar X's son.

With large courtyards, commendable interior decor, fortified towers, beautiful grounds, spiral staircases and a colourful garden, this enthralling palace is something which should be visited by every architecture lover. Do you know the complex of the palace also houses an amusement park?

Located at a distance of about 35 km on the outskirts of Bangalore, Devanahalli Fort was built in the year 1501 by Mallabaire Gowda. However, later on, it was controlled by several other rulers, including Tipu Sultan and Hyder Ali. The fort is located in the vicinity of the birthplace of Tipu Sultan. Hence, it is a major weekend destination for history lovers.

As it also houses an ancient temple dedicated to Lord Vishnu, Venugopalaswamy Temple, within its boundaries, it is visited by hundreds of Hindu devotees every year. Even though most of the fort is in ruins today, it is still a perfect place to learn about the history of Bangalore and the Mysore Kingdom of Tipu Sultan.

Comments
Read more about: india travel tourism bangalore weekend forts palaces
Other articles published on Jul 13, 2018
We use cookies to ensure that we give you the best experience on our website. This includes cookies from third party social media websites and ad networks. Such third party cookies may track your use on Nativeplanet sites for better rendering. Our partners use cookies to ensure we show you advertising that is relevant to you. If you continue without changing your settings, we'll assume that you are happy to receive all cookies on Nativeplanet website. However, you can change your cookie settings at any time. Learn more
Change Settings Continue