Top 10 Travel Destinations That Have Appeared in Bollywood Cinema 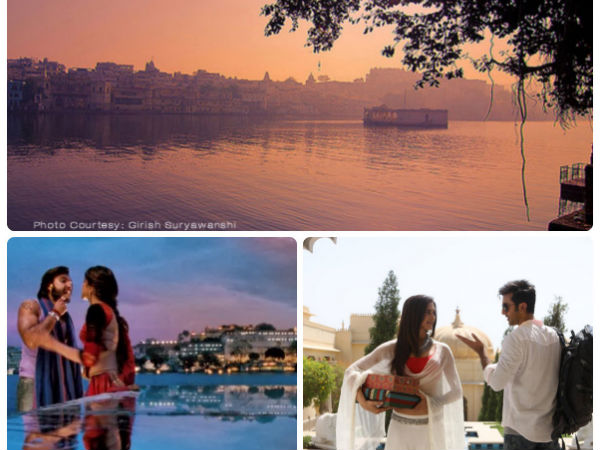 It just costs a few hundred rupees to travel to not just one, but multiple exotic travel destinations. The rate is inclusive of flights, lip-smacking food, great music and the best in clothes! Baffled? Well, it is true and how so you may ask, the answer is Indian Cinema. Bollywood based out of the industrial city of Mumbai and its various other counterparts across the different states of India are know to churn exciting movies that are packed with entertainment, action, music, glamour and most definitely exotic travel destinations. As you watch some of the movies, you might very well feel the urge to simply step into the screen and be lost in the location portrayed or you might get out of the theater only to book yourself on a similar trek!

Indian cinema has always been popular for showcasing locations outside India in its movies, exotic destinations such as Paris, London, South Africa, Egypt, etc have featured even in early cinema. Today, filmmakers are increasingly looking homeward for inspiration. Destinations that were hitherto less explored are getting massive attention, thanks to the popular films. From the road trip to Goa that became symbolic for the youth of the country as shown in Dil Chahta Hai to the recent Manali trek popularised by the film Yeh Jawani Hai Dewani, films are introducing new travel concepts to people. Here is a look at our pick of ten destinations in India that you will crave to visit after watching these films.

Among the most scenic destinations in India is Manali, and it takes on a twin personality; that during spring and the cloak of white charm in winters. Manali with its tall trees of oak, sal and pines interspersed with the gushing flow of the river Beas and the stunning vistas of Mountain peaks is a must-visit travel destination. the place was well portrayed in the movie Yeh Jawani Hai Dewani as a great trekking destination. The Manali Bridge also became popular as it was showcased in the film Bang Bang. The Hadimba Temple in Manali also became well known, as a significant scene was shot here in the movie Yeh Jawani Hai Dewani.

The charming town of Shimla was once the summer retreat of the British. Now the capital of Himachal Pradesh, Shimla is especially beautiful in the winters, once the snow sets in. Charming buildings, churches and stunning vistas of the surrounding makes Shimla a highly favoured holiday destination. The Kalka-Shimla railway line that traverses the scenic trails here is also a UNESCO World Heritage Site. The place has been beautifully pictured in many movies such as Bang Bang, Black, Jab We Met and 3 Idiots.

The name of the place, Rohtang Pass, morbidly means 'A Pile of Copses', however, the views of the place as seen in many movies are nothing short of stunning. The mountain pass that is located at a high altitude is about 51 km from Manali, en-route to Lahaul and Spiti Valley. The pass is open only between May to November, before the snow completely blocks the road. With rivers Beas and Chenab on either side, this stunning destination is a must-visit destination in India. The pass has been portrayed in several movies such as Jab We Met, Dev D, Highway, etc.

The stunning visuals of Udaipur as seen in movies such as Yeh Jawani Hai Dewani and Ram Leela are just few examples of the many movies in which this beautiful travel destination of Rajasthan has been featured. Udaipur with its lovely lakes, opulent palaces and historic flavour is a travel destination you must visit. There are very few places that provide such a fascinating mix of culture, colour and contrast!

The mesmerising scene from Yeh Jawani Hai Dewani, as the lead characters of the movie experience a poignant moment observing the sunset at the Chittorgarh Fort in Rajasthan makes you want to pack your bags immediately. It is the largest fort in India and also a UNESCO World Heritage Site. The sprawling tourist attraction by itself will easily consume a day's worth of exploring.

The rolling tea gardens of Munnar has been the fascination of many travellers, including famous filmmakers. The lush carpets of green proves to be the perfect backdrop for romance as seen in films such as Chennai Express and Nishabd to name a few. Stay at any of the home-stays or resorts here, and spend time taking pleasing walks and drinking hot 'chai'. It truly is one of the most idyllic romantic destination in the country.

Initially popularised as an iconic destination for travel for the youth of the country, Goa as portrayed in Dil Chahta Hai, became the talk of the town! A group of three friends and their escape to Goa made every youngster pack his bags for the destination. Recently the movie Finding Fanny, also captured the essence of the lesser known trails of Goa. The vast state offers much to see and explore and is among the most popular party destinations of the country. Head here for the ideal beach vacation!

The vast and challenging landscapes of the mountain region of Ladakh was largely unexplored till recent times. This trend has been showcased in the many films that have been shot here as well. Films such as 3 Idiots have made certain locations in Ladakh such as the blue waters of Pangong Lake a popular tourist attraction. The movie Fugly also portrays the trend of friends getting together for a road trip, on what is considered one of the toughest terrains in India, the route to Ladakh. There is much to see here from stark natural beauty to vivid monasteries, making Ladakh a destination to be visited at least once in a lifetime.

The old world charm that Kolkata exudes is something that tempts travellers to return to this lovely city again and again. Add to that the vibrant culture and lip-smacking food and Kolkata becomes the ideal travel destination, especially during the time of Durga Puja in October. The city and its charm has been well-portrayed in movies such as Kahaani and Barfi to name a few. The scenes of the movies that show the cultural extravaganza that is Durga Puja, will make you book your flight tickets right away!

The stunning Athirapally Falls is referred to as the 'Niagra of India'. It crashes from a height of 80 ft and is located in the beautiful district of Thrissur. The ethereal waterfall has been pictured in various films such as Raavan, Dil Se and Guru. Scenes of the movie scenes shot here look magical, and makes everyone watching want to step into the screen and see the beautiful place for themselves. Head here after the monsoon season to experience its full glory.

Comments
Read more about: bollywood shooting locations manali shimla rohtang pass munnar udaipur chittorgarh goa ladakh kolkata athirappally
Other articles published on Nov 26, 2014
We use cookies to ensure that we give you the best experience on our website. This includes cookies from third party social media websites and ad networks. Such third party cookies may track your use on Nativeplanet sites for better rendering. Our partners use cookies to ensure we show you advertising that is relevant to you. If you continue without changing your settings, we'll assume that you are happy to receive all cookies on Nativeplanet website. However, you can change your cookie settings at any time. Learn more
Change Settings Continue