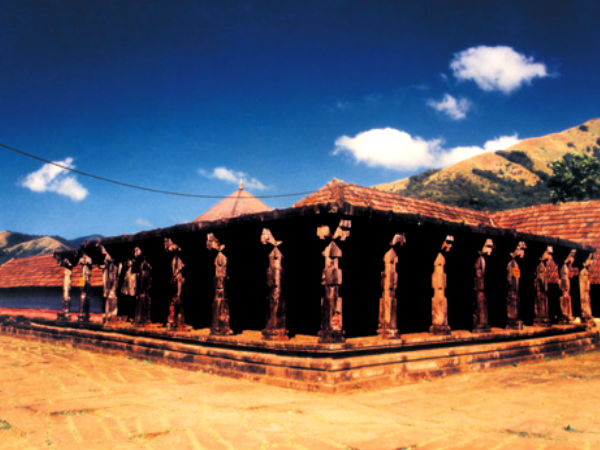 Wayanad is one of the mystical lands in Kerala that takes you to a world of charm, history and culture. From the beautiful Pookot Lake and Chembra Peak to the Edakkal caves and the lovely weather that attracts tourists, Wayanad is a place that has something to offer to every traveller.

There are several temples in Wayanad that are unique in their ways. Located around 30km away from Mananthavady in Wayanad, Thirunelli is a small village located at the foothills of Brahmagiri Hills in Wayanad. Thirunnelli Temple is one of the temples in the region that is worth a visit. Let us get to know more about this temple.

Thirunelli Temple in Wayanad is dedicated to Lord Vishnu, and is surrounded by thick forests and mountains, making the temple a spectacle to marvel. There are no clear evidences of the temple's existence, but there is a documentary proof that states that the temple belonged to period of Tamil Chera King Bhaskara Ravi Varma (962-1019CE).

In several Hindu texts and Puranas, it is mentioned that the Thirunelli temple was built by Lord Brahma. According to these scripts, the temple is referred to as 'Sahyamalakha Kshetra'. It is also believed that at Brahma's request, Lord Vishnu blesses the waters of the region. Since then, the spring and river of the region is called 'Papanasini' which means 'the one that washes away all the sins'. Adhering to faith, even today the head priest of the temple keeps the portion of the worship materials in belief that Lord Brahma would come and perform the rituals in the early hours of the day.

One of the special features of the temple is that it does not have temple walls. Due to this, the water from the surrounding river and spring flow to the priest's room in inside the temple. The temple pond is known as 'Panchatheertham'.

How to Reach Thirunelli

You can take a drive from Mananthavady to Thirunelli. This route offers scenic views of the forests and streams along the way. Mananthavady is just 26km from Wayanad town. Here's how to reach Wayanad.

Other Places to See in Wayanad

The other tourist attractions in Wayanad include Banasura Sagar Dam, Pookot Lake and Chembra Peak amongst the rest.