These Historic Jails In India Are Open To Tourists 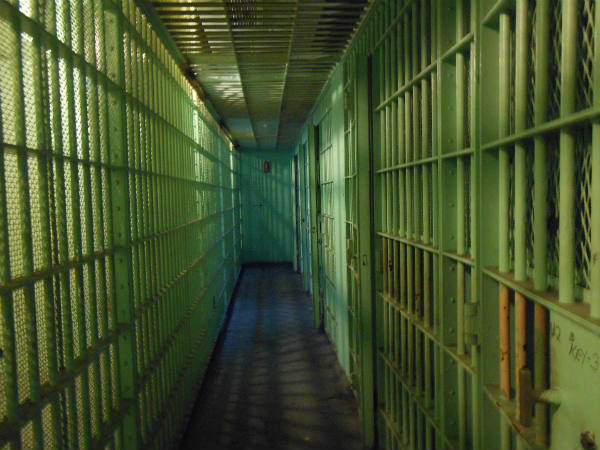 There are certain experiences in life which no one would love to gain at any cost. One amongst these unacceptable experiences is, certainly, the life inside a jail. However, we always wonder about the atmosphere and ambience that conquers the aura of these jails, thereby, leaving us longing for this undesirable experience without getting convicted. What if we say that you can actually experience such an environment of a jail without getting sentenced? Yes, if you keen to learn about the history and atmosphere of jails in India, then you must read this article. Here, we list down the top 5 jails in India that are open to tourists. Wouldn't you love to know more about them? Well, read on then.

Located in the Midnapore district of West Bengal, Hijli Detention Camp in an ancient jail which was used by the British army to punish criminals, revolutionaries and freedom fighters. Hence, later on, this jail also served as a major location for opposing the British rule in India.

Hijli Detention Camp was built in the early 20th century and is popular amongst historians as the place where police firing happened inside the jail compound. This firing is known as Hijli Firing and is the only recorded incident of firing inside the jail.

Today, it is located inside the campus of Indian Institute of Technology in Kharagpur and has been converted into a museum of science and technology. However, you can still find the walls and cells of the jail intact. So, if you are in West Bengal and are looking forward to learning about Indian jails, then you must visit Hijli Detention Camp, which is known as Shaheed Bhavan today.

If anyone has even a little knowledge about the history of India and its jail systems, they must have heard of Cellular Jail in Andaman and Nicobar Islands. Otherwise known as Kala Pani, Cellular Jail
was built in the year 1906 and was used by the British army to exile national freedom fighters and political prisoners after they were given a life sentence.

It was also one of the largest jails during the British Era. Revolutionaries and Indian politicians, such as Batukeshwar Dutt, Yogendra Shukla and Vinayak Savarkar, were sent to this remote area hundreds of miles away from the mainland of India after they were convicted. Today, Cellular Jail is a building of national importance and is a significant tourist spot in Andaman and Nicobar Islands. How about getting yourself to this memorial monument and learning about the life of prisoners here?

One of the most famous jails in India, Tihar Jail is located in Delhi and is the largest prison complex in South Asia. It was built in the year 1957 with a motive of converting prisoners into simple citizens of India by providing them with education and knowledge about society.

Would you believe if we say Tihar Jail has been successful in converting a prisoner into an ordinary man, who later on, cracked the entrance exam of IAS? Certainly, it is an awe-inspiring fact about this unusual jail, which is also known for its tight security. As several parts of the jail, such as the canteen and other meeting halls, are open to tourists, you can also visit its compound.

One of its kind in the entire world, Sangareddy Jail is a 220-year-old jail and was built by the Nizam of Hyderabad in the late 18th century. Today, this ancient jail is famous for promoting 'Feel the Jail' scheme, which has been initiated by the Government of Telangana to let common man experience the life inside a jail.

You need to pay 500 INR to spend a night inside this jail and experience a prisoner's life. Here, you can only avail the facilities which are supposed to be given to a prisoner. Wouldn't you love to gain such an experience? Sangareddy Jail is located at Medak in Telangana.

Another tourist jail in Andaman and Nicobar Islands, Cells of Viper Islands, clear from its name, is located on Viper Island at a distance of about 4 km from the capital city of Port Blair. Viper Island is a significant tourist spot and hence, its ancient cells, which were used by the British to punish criminals before Cellular Jail came into the picture, grabbed the attention of visitors.

Even though the cells of Viper Islands is in a dilapidated condition, it is still a tourist spot for several history lovers. If you are looking forward to learning about the history of jails in India and how criminals were punished by the British army, then do visit this ancient marvel which has a lot to showcase.