The Partition Museum In Amritsar 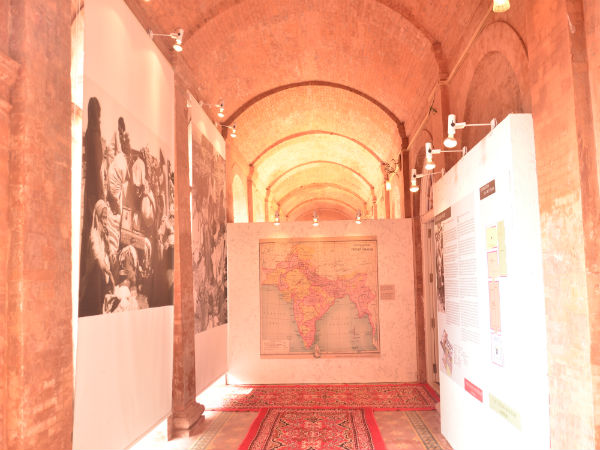 It was nearly 70 years ago, a border rose between the newly independent countries of India and Pakistan. The partition resulted in one of the greatest migrations that took place in human history.

Over 14 million people were displaced and devastated by the violence which unleashed as families began to uproot and align themselves with Hindu majority India or Muslim majority Pakistan. Yet even today there is no museum anywhere in the world to remember and commemorate all those who lost their lives or had to leave their homes.

The museum which was opened in October last year was set up by The Arts and Cultural Heritage Trust which is located in the east wing of Amritsar's Town Hall. The museum is a repository of oral narratives, personal belongings and art which throw light on the deep despair and loss of those in the 1947-1948 migration.

The museum also has everyday objects on display which narrate intimate stories of its owners. In the collection you will find two items which belonged to a couple who were engaged to each other but got separated in the partition. A Phulkari that belonged to Pirtam Kaur of Gujranwala and a leather briefcase owned by Bhagawan Singh Maini of Mianwall. Both these cities are now in Pakistan.

Fortunately, both of them found their way to a refugee camp in Amritsar and found each other while standing in a long queue for food. They got married to each other in 1948; the coat and the briefcase travelled along with them across the border and now is a reminder of their panic-stricken past.

The museum has newspaper clippings from 1947 which share space along with letters from best friends who got separated by the border. Visitors can make use of the headphones and listen to intense stories of the partition recounted by witnesses who are now in their 80s and 90s; and in some cases, their stories are told by the family members.

The recordings were made at the museum over a period of time in a bid to archive the memories which are on the verge of being forgotten with a passing generation who lived through it. A mishap at the refugee camps also finds its voice, along with the paintings of artist Sardari Lal Parasher, who moved to Ambala during the partition where he was the camp commander at the Baldev Nagar Refugee camp.

The museum documents the bad blood of the post partition period, but it also offers a ray of hope. One of the sections at the museum is titled as the Gallery of Hope which includes inspiring stories of the brave and the hard won success.

One of the recordings narrates the tale of the Munjal family, who lost everything as they crossed over from Pakistan, but rebuilt their fortune by starting a small bicycle business which grew into the reputed motorcycle company Hero Honda.

Visitors can also participate in an interactive installation at this gallery which is named as the Tree of Hope. The trunk is made out of barbed wire that represents the international border and the smooth branches on the tree encourage people to leave behind notes.

The Partition Museum is open from Tuesday to Sunday from 10:00 am to 5:00 pm and the entry is free.