The Nine Hill Forts Around Bengaluru 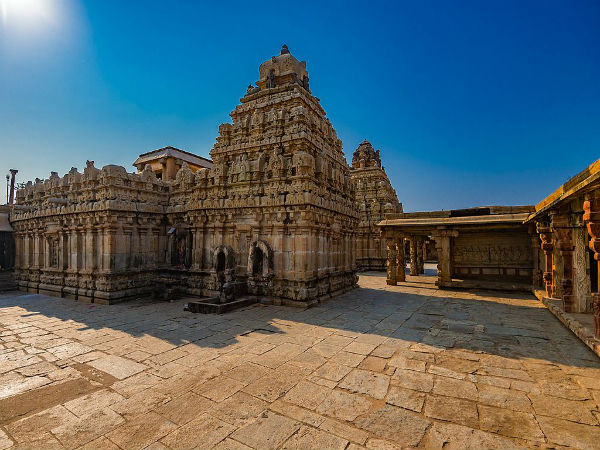 Many amongst us are unaware about the nine hill forts, also known as Navadurgas, which are on the outskirts of the garden city of Bengaluru. All the forts are located within a radius 100 km from the city. These forts are the standing examples of Karnataka's rich and diverse history.

These nine forts comprise of one of the largest monoliths in Asia and much more; one was once upon a time a glorious structure used by the Kings as a summer retreat. These nine hill forts had been kept as a secret for a long time.

Some of the forts are very popular amongst the public, like Savandurga, Nandidurga alias Nandi Hills, Makalidurga and Devarayanadurga. The lesser known ones amongst them are Hutridurga, Huliyurdurga, Channarayana durga, Kabbaladurga and Bairavadurga which are visited by the villagers surrounding the place or by avid trekkers, who are on the lookout to experience the thrill of the off beat path.

At a distance of 60 km from Bengaluru, Nandi Hills is one the most popular weekend getaways for the people of Bengaluru. The hillock gets its name from the bull of Shiva, Nandi as the hill resembles a sleeping bull. According to legends Yoga Nandeeshwara is said to have done a penance here; the place was known as Anandagiri during the Chola rule.

The fort here is said to have been built during the rule of Tipu Sultan, which used to be his summer palace. The hillock is also believed to be the point of origin of the Arkavathy river.
PC: Bikashrd

At an elevation of 3664 ft, Makalidurga is located amidst a chain of hills. The hillock has a temple dedicated to Lord Shiva and a fort at the summit. According to legends, Sage Markandeya is said to have perfomed penance here. The place is also a major hub for medicinal herbs and plants. Night trekking here is illegal.
PC: Sakeeb Sabakka

Located at a distance of 100 km from Bengaluru, Channarayanadurga is home to the ruins of a 7 storied fort. The fort belonged to the Marathas before being conquered by the Wodeyars of Mysore and later passed hands to the British. The construction of the fort is very complex in nature, and it is very much visible. As a matter of fact, one cannot find the way out or the hillock's shape until one crosses the first gate.
PC: Prasree8531

It is well known for the shrines of Bhoganarasimha and Yoganarasimha, which are at the base and the summit, respectively. Originally, the hillock was known as Anebiddasari, and then was renamed as Jadakanadurga and later as Devarayanadurga. The place was named as Devarayanadurga during the reign of Chikka Devaraya Wodeyar.
PC: Mishrasasmita

Located at a distance of 60 km from Bengaluru, Bairavadurga is located in Magadi. The fort atop this hillock is said to have been built by Kempegowda. Trekking up to the summit is a thrilling experience; once atop, one would be able to have breathtaking views of the surroundings. The temple of Lord Byraveshwara attracts a large number of visitors.

At a distance of 80 km from Bengaluru, is Huliyurdurga. The hillock has a very peculiar shape of an inverted cup. The fort is said to have been constructed by Kempegowda. Access to this fort is not a very easy one due to which the fort up here is in ruins.

Savanadurga is one of Asia's largest monoliths; the hillock was known as Savadi during the Hoysala rule. It is also said that Hyder Ali used to push off offenders from the top and hence it was called Savinadurga and later on Savanadurga. The place is one of the popular weekend getaways from Bengaluru; due to the rich forest cover, the place attracts a large number of visitors.
PC: Sunilbellure2564

The hillock gets its name from the Goddess Kabbalamma whose shrine is found atop the hill. The hillock is pyramid shaped and is a favourite destination among the amateur trekkers. The fort atop lies in a forgotten state and damaged. The place is located at a distance of 80 km from Bengaluru in Kanakapura.

65 km from Bengaluru in Tumakuru is the hill fort which was built by Kempegowda in the 16th century. The seven storied fort was the summer capital of Kempegowda; one can find the ruined soldier homes, a cot made of stone, an umbrella, a durbar hall and powder magazines here. The place is a very popular trekking destination, yet lacks basic amenities.
PC: Srinivasa S