Nativeplanet
»
Travel guide
»The Hidden Hamlet Of Avalanche In Ooty

The Hidden Hamlet Of Avalanche In Ooty 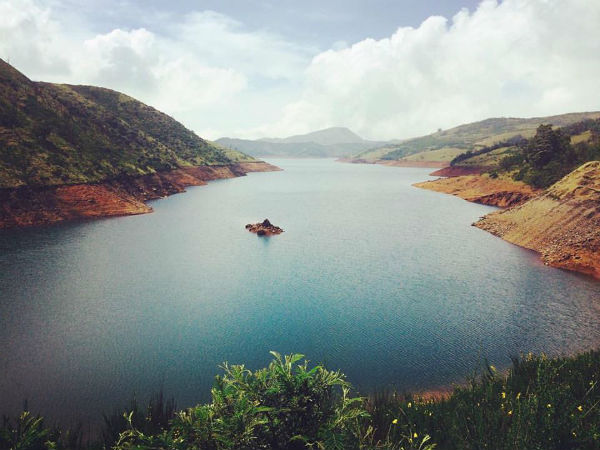 Around 1800 years ago, a huge avalanche had hit a region in the present Nilgiri district of Tamil Nadu and since then the place called Avalanche which has become a famous tourist spot near Ooty. The thick and dense forest cover of the place is wrapped in mystery, which makes its appearance as soon as one would cross Emerald lake en route to the Upper Bhavani hamlet.

One would come across an exciting silence at Avalanche, which wraps you up the very second you enter into the reserved forest. This hamlet is located 28 km away from the much-talked-about town of Ooty, and it is covered with lush woods and an indistinct lake.

The place is fed by almost 5000 mm of rainfall every year, which contributes to the best greenery. Once you reach the place, you would come across the hills that would force you to stop and pay a heed to nature's beauty.

To reach into the depths of the place, one has to board the transport provided by the Forest Department of Tamil Nadu. If you are lucky enough, you would have the company of a chatty driver, and then there would be no shortage of information which you will be fascinated with, during the up-hill drive.

Squeezed by the Kundah forest, which comprises of the Udhagai and Korakundah forest ranges, the journey taking you up to Avalanche is distributed with dense thickets and the Niligir tahr. The blowing of wind around one would be adrift with broken sounds of leaves rustling along with a chorus of cicadas, which is joined by the paperbark ribbons one would step on.

The Avalanche Lake And The Sholas

You would be surrounded by a blast of green, where one would not be able to see the blue sky above or the ground below, and just scraps of land on either side of the path, which you are trekking on. The trail takes you to the Avalanche lake. The winding paths which cut the lake are used by the visitors here and are bordered by the blooms of magnolias, orchids and rhododendrons along with the rolling landscapes.

The landscape is locally known as Sholas, which in translation means 'groves'. The Sholas are patches of stunted tropical mountainous forests that are generally found only in the mountainous regions of South India.

The forest is home to a large variety of birds, which makes it a paradise for bird watchers and ornithologists. One can without any difficulty spot the oriental white-eye, Tickell's leaf warbler, the Indian blackbird, the brown-breasted fly catcher, the male pied bushchat, the square tailed bulbul and also the Nilgiri laughing thrush.

One of the most sought-after things to do at the Avalanche Lake is Trout fishing. One can find a trout hatchery which is built near the lake that also is a one-stop destination for all your angling requirements. The place offers fishing rods, hooks, plastic worms, etc.

The reserve forest, at one point of time, was threatened by the rampant deforestation, poaching and industrialization. The threats eventually led to the authorities making an attempt to safeguard the forest and its resources, which resulted in the successful implementation of eco-tourism activities at Avalanche.

The place is a year-round destination; however, the months between March and June witness a huge footfall, which makes it one of the best times to visit the place.

By Air: The nearest major airport is the Coimbatore airport, which is around 88 km away from Ooty. The airport is connected to some of the major airports of various cities across the country such as Hyderabad, Mumbai, Chennai, etc.

By Road: One of the best ways to reach Avalanche is by road, as the place offers excellent connectivity by road. Bengaluru is located at a distance of 268 km and has regular bus services to Ooty, from where one can hire a taxi to reach here.