Temples Where Hanuman is Tied! 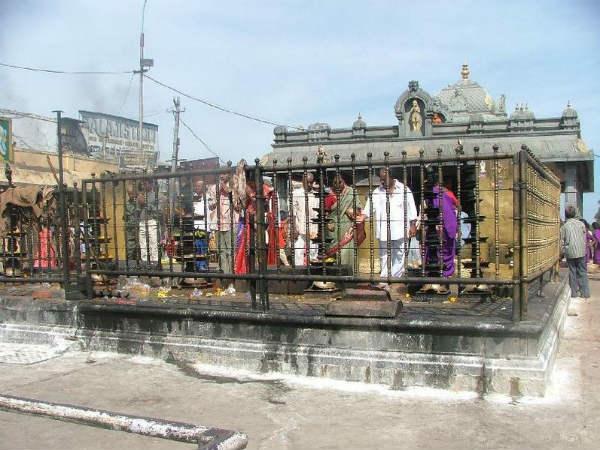 Hindus have great regard for Lord Hanuman; he is fearless and strong. In a way, he is a kind of Indian Super Man! Wondering what is the title all about? Yes, we are talking about the temples where Hanuman is tied. One temple is in Odisha and another temple in Andhra Pradesh.

Legend says that once the 'Lord of the Sea' came to visit Lord Jagannath at Puri. Along with him, came the sea water which flooded the city. The whole city got destroyed and people started praying to Lord Jagannath. Upon hearing the cries of people, Lord Jagannath inquired about Lord Hanuman who was assigned the task of protecting the city.

The informers told Lord Jagannath that Hanuman has gone to meet Rama in Ayodhya without informing anyone. So, Lord Jagannath was angered by Hanuman's lack of responsibility and decided to punish him. After Hanuman came back, Lord Jagannath tied him with the rope so that he remained here to protect the people forever. It was his duty to see to it that the sea water never destroyed the city.

The shrine is also called as Bedi Hanuman (Bedi means chains). It is a strong belief that the sea water has never entered the city after this.

A similar temple is situated in the Tirumala temple complex in Andhra Pradesh. Here also you can see the Bedi Hanuman shrine which is called as Bedi Anjaneya Swamy. This shrine is one of the prominent temples after the famous Venkataramana Swamy and Bhuvarahaswamy Temple.

The mythology of this place takes us back to Hanuman's childhood. Once, Anjaneya came to Tirumala in search of a camel. Irritated by his naughtiness, his mother Anjana Devi tied him with a long rope and told him not to move until she returns. It is believed that Anjana Devi never returned and he is still waiting for her. Lord Hanuman stayed back here. Hence, it is named after Bedi Hanuman temple in Tirupati.

Legends always make us curious to visit the places. No doubt, you will be interested in checking whether Hanuman is really tied in these temples! Don't miss these shrines on your trip to Puri and Tirupati!