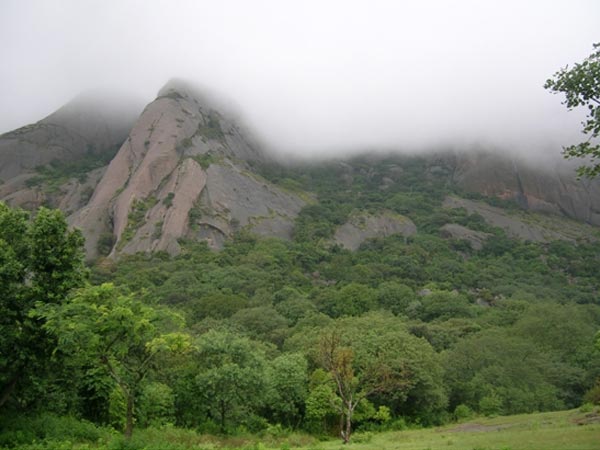 The mountains are always so alluring and a trekker is naturally pulled towards these magnificent landforms. Apart from being a walk or a hike in a surreal landscape, trekking is proven to be extremely good for the body, mind and soul. If you do not mind sweating it out in the sun and know that the reward will be an unexplainable feeling, here are some of the best summer treks in Karnataka that you can plan for.

Located at a distance of 60 km from Bangalore, Skandagiri is a popular trekking trail. Also known as Kalavara Hills or Kalavara Durg, Skandagiri is an ancient mountain fortress that belonged to a local king, centuries ago. It is famous for night trekking and camping. However, a special permission is required for a night trek.

It is an-8 km moderate trek that can be covered in 3-4 hours. The trek begins from a Papagni temple situated at the foothill. The well-marked trail passes through dense shrubs before opening at a stretch of flat area. This area has a temple, ancient stone pillars and stone houses. Trekkers usually rest here, explore around before descending back.

Skandagiri is best climbed early morning to witness a spectacular sunrise. The peak gets engulfed in the clouds and the sight is a real treat to the eyes. There's no provision of food or water on the top, therefore, it is advisable to carry it in your backpack. Best time to visit Skandagiri is May through December.

Nandi Hills is around 60 km from Bangalore and is geographically closer to Skandagiri, standing opposite it. Also known as Nandi Durg, this is a famous weekend getaway from Bengaluru. Interestingly, it is also called Nandi Betta, as the hill resembles a sleeping bull or Nandi - a mythological bull who serves as a mount to Lord Shiva.

Nandi Hills used to be one of the summer retreats of the Mughal ruler Tipu Sultan. You can visit the Tipu Sultan's summer palace on the top. A cliff called Tipu's Drop, from where his prisoners were thrown, offers a panoramic view of the plains down below. There are a plenty of temples, gardens and restaurants on the hill top. It is a short and easy trek.

Although the climb to both hills is tough and steep, Billigudda is relatively easier to trek. As the route is well-marked and the climb is comparatively easier, many trekkers go for this option. The Karigudda, on the other hand, is tougher and less-explored. With a sheer climb and less marked trails, climbing Karigudda needs high expertise and use of rock-climbing equipment.

The view from the summit is breathtakingly beautiful. There is a small temple on the top dedicated to a hermit, Tapasvi Mullappa Swamy, who is believed to have meditated in the caves near the summit. The peak gets its name after this temple. There are no shops on the top, so it is advisable to carry food and water along.

At an altitude of 1894 metres, Kudremukh is the 3rd highest peak in Karnataka. The peak is located in the Western Ghats of Chikmagalur district in Karnataka. It is 90 km from Chikmagalur and 48 km from Karkala. Translated, Kudremukh means ‘horse face'. This trek cannot be undertaken without a permission from the forest office, as the trail is inside the Kudremukh National Park.

There are 13 known trek routes with varying degree of difficulty levels. The popular one, however, is the Samse-Mullodi route. Mullodi is usually the starting point and the 14 km trek from here can be covered in 5 hours. Since it is a protected area, trekking is permitted between 6 AM and 5 PM, and camping inside the park is prohibited.

Kodachadri is a mountain peak situated in the Western Ghat in the Shivamoga district of Karnataka. At an altitude of 1343 metres, Kodachadri is the 10th highest peak in Karnataka and one of the top trekking destinations. It is at a distance of 75 km from Murudeshwar, 90 km from Udupi and 110 km from Shimoga.

There are several trails, but the most popular one starts from the Nagodi village in Kollur and is a 5-hour trek. Another famous route is Nagara-Nittur, which is long and challenging but amazingly beautiful, as the trail passes through the magnificent Hidlumane Falls. You must visit and register yourself at the forest check post before the trek. A forest guesthouse is available for accommodation on top.