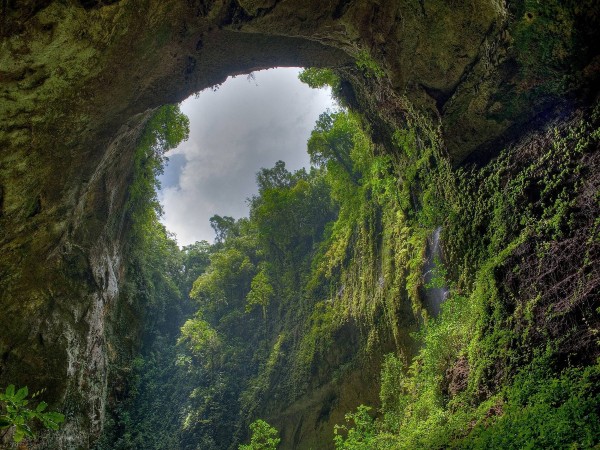 The mysterious island of Seram lies to the northeast of Ambon. A wild, mountainous place, rich with rainforest and wildlife, in particular fabulous, colourful birds and some 2,000 species of butterflies and moths, Seram is replete with myths and legends. One of Malukus's largest and least known islands, it is held in awe by the Ambonese, who believe that all life originated here.

Seram is home to numerous indigenous peoples, largely still living their traditional ways of life. Some 75 per cent of the population are animists, and one remote tribe, the Nuaulu, were still headhunting in the 1940s. This is a difficult island to get around, with few roads. Instead, people hop in boats to take them from village to village up and down the coast. Masoli is the island's main town, but most people come here to take guided treks into Manusela National Park or visit the dramatically beautiful Teluk Sawai Bay.

Sadly, the Indonesian government have; eased logging concessions on Seram, one consequence of which is the loss of birdlife. In the national park, however, the forest is alive with screaming cockatoos and multi-coloured parrots. At Saleman, on Teluk Sawai Bay, great flocks of Lusiala birds, believed to be carrying the souls of their human ancestors, fly from a cave at dusk.

Seram is also home to the salmon crested cockatoo, endemic to only four places in Indonesia, but there are other endemic species too - honeyeaters, lories and white-eyes for example. Mount Binaiya at 3,019 m (10,000 ft) is the island's highest peak, and the fabulous, rushing rivers and plunging waterfalls combined with exotic peoples and wonderful wildlife make Seram an adventure not to be undertaken lightly.

By air or sea from Ambon

An earthquake of 6.7 on the Richter scale was recorded on Seram in March 2006