Five Days In The Himalayas, Conquering The Picturesque Sar Pass 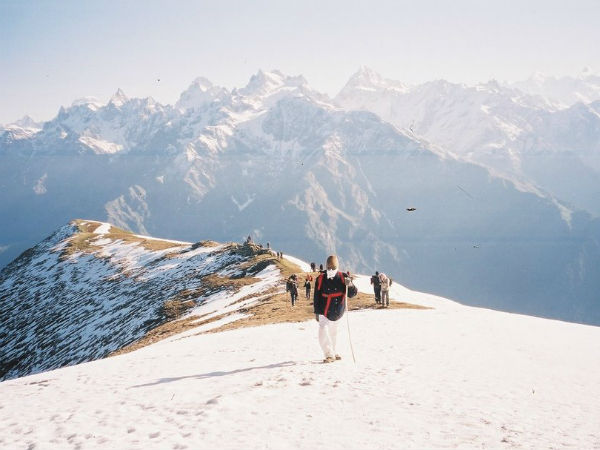 My husband and I decided to take up a trek together for our anniversary. How cool would it be, we thought. I still reminisce about our Sar Pass Trek very fondly. It was incredible, and I am so glad to be able to relive the memories by writing about it.

It was like a beautiful mellifluous song that you wish does not end at all. It is all the more special to us because we took up this trek to mark our 5th wedding anniversary.

Do You Love Trekking In The Himalayan Region?

Sar Pass, in the Pin Parvati Valley, is an ideal trek for beginners. This trek covers all landforms like meadows, moraines, valleys, mountains, etc., and it offers a rich experience for the trekkers.

The trek starts from Kasol, which is a haven for hippies and people wanting to experience the bohemian way of living. The maximum altitude of this trek is 13,800 feet above sea level. The total distance is close to 50 km.

May to October is the best time to go on this trek. Winter is to be avoided, owing to the dangerous landslides. The mountains are snow-clad all throughout the year. There might be snowfall even during the month of May.

We flew into the Kullu Airport in Bhuntar and took a bus to Manali and halted there for the night. Next day, we started to Kasol early in the morning.

The trail from Kasol moves through lush green forests following the path of Grahan Nallah stream. This is a gentle ascent from 1700 to 2350 metres above sea level. The gradient being easy, the 10-km stretch can be covered in approximately 5 hours. The last 2 kilometres of this trail is a steep ascent.

After crossing the Nallah, the trail becomes rocky. Soon after, the forest gives way to shrubs. Grahan is the last dwelling place on this trail. Rhododendron Syrup is very popular around this area. It tastes tangy, but refreshes you immediately. We camped at the Grahan village for the night.

We began to walk on the trail north of Grahan to reach Min Thach (3400 metres above sea level). After crossing the woods, we entered a dense forest area. The slope was getting steeper. After walking 2 km, the forest area opened up to a grassy patch. This is Min Thach (thach meaning meadow). We camped here for the rest of the night.

We started early, and after walking for a while, a rocky ridge presented itself overlooking a meadow. The path to Nagaru (at 3800 metres above sea level) is up this ridge and is well-marked for a while. After walking for 6 hours, we reached a patch of grassy area on the top of the hill called the Nagaru campsite. We could see the mountains rising against the Parvati Valley from here. We called it a day earlier than usual, as we were affected by wind chill.

Starting the day early, we walked towards Sar Pass. This was a rather long trail compared to the previous day. The Sar Pass climb follows the ridge-line steeply in a southward way. After walking for what seemed like a 100 years, but in reality was only 14 km; we reached the top of Sar Pass (4200 metres above sea level) in 8 hours and the joy was evident on my face.

The Most Demanding Trek In The Himalayas

Sar Pass gains its name from "Sar", meaning pond, which is frozen till late summer. The view of the Tosh valley and peaks is splendid from here. We relaxed, clicked some photos and trudged towards the Biskeri Thach. One point of the trail requires you to slide down the snow because walking on the path is too difficult.

This was extremely fun! We slid three times to cross the snow barrier. Set amidst lovely and lofty mountains, Biskeri Thach has a great backdrop. The setting sun adds a glow to the peaks in ways that cannot even be described. We had walked for almost 8 hours and we both slept like logs.

We left from Biskeri Thach (at a height of 3350 metres above sea level), our campsite, and walked down a steep path with a stream keeping us company to our left. After crossing the stream, the trail seemed to disappear here and I was anxious. Thankfully, the guides know their paths and soon after, we entered the dense forest area.

After walking a couple of more kilometres, we entered a grassland rimmed by trees. This is one of the gorgeous views of the trail. Further, our descent was steep, till we reached the Pulga village.

Pulga and Tulga are twin villages that are separated by a stream. We crossed the stream and walked to reach Barshaini, the last village with a road in Parvati Valley. For this reason, it is used as a starting point for many treks in Parvati Valley like Khirganga trek, Mantalai trek, Pin Parvati Pass trek, etc.

We took a jeep from Barshaini to Kasol. From Kasol, we took a bus to Bhuntar and flew out of Kullu to reach Bangalore. Every mountain can be surmounted if you keep walking and do not give up. It is not the mountain I conquered, it is myself!

Comments
Read more about: travel trekking himachal pradesh adventure kullu
Other articles published on Apr 6, 2017
We use cookies to ensure that we give you the best experience on our website. This includes cookies from third party social media websites and ad networks. Such third party cookies may track your use on Nativeplanet sites for better rendering. Our partners use cookies to ensure we show you advertising that is relevant to you. If you continue without changing your settings, we'll assume that you are happy to receive all cookies on Nativeplanet website. However, you can change your cookie settings at any time. Learn more
Change Settings Continue