5 Road Trips In India Every Roadie Must Head For 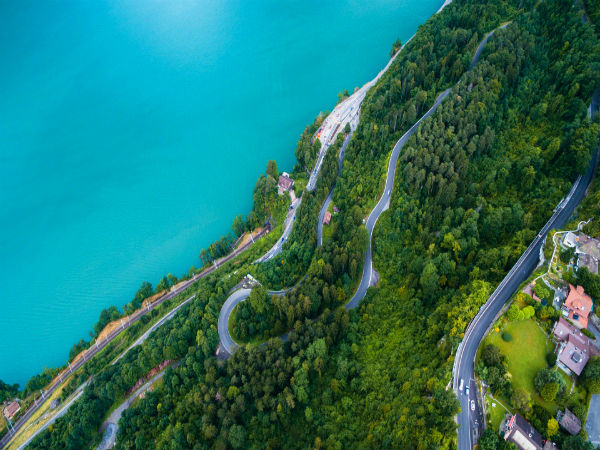 It is said that only a biker can narrate how amazing an experience of riding through the roads is. The feeling of a soothing breeze blowing over oneself and the constantly changing geographical backgrounds in its various forms are some things which cannot be explained in words.

The best part is that India is a country which is home to some of the most beautiful routes much loved by the biking community. Some of these routes are challenging and showcase extreme weather conditions but bring out the best of Mother Nature to captivate the traveller.

We bring 5 best road trips and routes in the country where you can ride solo or with your loved one. Let the wheels do the talking for you.

One of the most well-known trips in the country, the ride from Delhi to Leh opens up huge challenges even for the professionals. The ride is a 15-day one and is filled with countless adventures and sights which are indeed breathtaking.

The landscape gradually makes its change from the modern cities to the Himalayan villages, snow-capped mountains to the rock and desert-like terrain of Leh.

The route must be crossed with caution as the place is very unpredictable and danger lurks at you from almost every corner.

The route also takes you through some of the most challenging roads in the country which pass through Khardung La, which is considered as one of the highest motorable passes in the world.

If you are biking enthusiast living in the city of Bangalore, well then, you have one of the most beautiful routes to head to. The route begins from the concrete jungle of Bangalore and takes you through the lush greenery of Coorg and Kannur.

The ride is indeed one of the most scenic ones to take which wraps you up with the views of cliffs, hairpin bends and green valleys. Besides this, one would come across natural lakes en route where bikers often stop to relish the local cuisine with a view.

Die hard nature lovers and travellers would unanimously agree to the fact that the eastern part of the country is home to some of the most gorgeous mountains in the country.

One of the best biking experiences can be found on the road which connects Darjeeling and Sikkim. On one hand you come across captivating views of Kanchenjunga and on the other, majestic Himalayan ranges apart from the green environment, which adds a magical spell to the entire ambiance.

Are you someone who is keen on enjoying the natural beauty of the northeastern states? If so, the ride from Bhalukpong to Tawang is one of the best routes for this experience.

The route is well known to showcase the best of vegetation, flora and fauna and proves to be a challenge at multiple locations due to its tricky turns, high altitudes, landslides and much more. The roads are snow-covered usually towards the end of the year which makes it even more thrilling.

One of the least taken routes for a motorcycle trip, the ride from Mumbai to Trivandrum offers you a combination of sea and hills. The coastal trip takes you through a large number of beaches along with the green hills of the Western Ghats.

In this ride, one would cut across some of the most loved seaside destinations which include the ever-welcoming Goa along with the beaches of Kochi, the backwaters of Kerala and much more.

Comments
Read more about: travel india nature kerala leh beaches hill stations
Other articles published on Nov 7, 2017
We use cookies to ensure that we give you the best experience on our website. This includes cookies from third party social media websites and ad networks. Such third party cookies may track your use on Nativeplanet sites for better rendering. Our partners use cookies to ensure we show you advertising that is relevant to you. If you continue without changing your settings, we'll assume that you are happy to receive all cookies on Nativeplanet website. However, you can change your cookie settings at any time. Learn more
Change Settings Continue